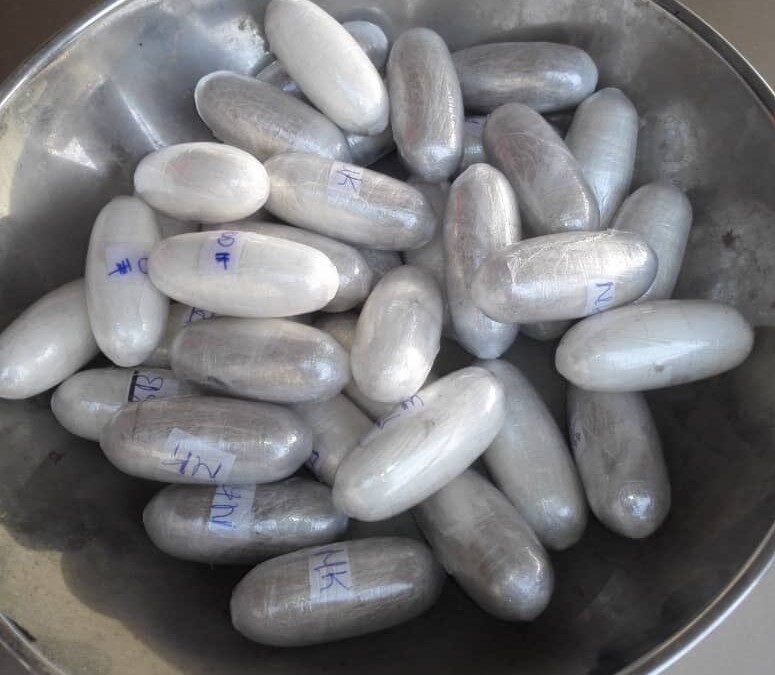 This was said by NDLEA spokesperson Femi Babafemi in an Abuja statement on Sunday.

He said that some of the shipments were hidden in body lotion, tea bags, motor oil, and air filter canisters.

According to him, the suspects were caught with 23kgs of Diazepam tablets; 2kgs of Codeine syrup and 32kgs of Exol 5 tablets, bringing the total weight to 57kgs.

“Earlier on Wednesday, Nov. 3, operatives of the Kano Command of the agency had arrested one Mizambilu Tijjani, with 64 kilograms of cannabis sativa.

“The operatives also arrested one Victor Nsodikwa with 34 cartons of Pentazocine injection and one carton of Diazepam injection in Sabon Gari area of the city,” he said.

According to Babafemi, the operatives also recovered a shipment comprising 28.251kgs of Exol-5, 6.6kgs of Barcadin Codeine Syrup, and over 38.532kgs of Tramadol, bringing the total amount of narcotics confiscated in Kogi to 73.808kgs.

Under the Modakeke region of Ile-Ife, NDLEA agents in Osun State command recovered 130.518kgs of cannabis and 18grams of cocaine, according to him.

Brig.-Gen. Buba Marwa, the retired Chairman of the NDLEA, was described by Babafemi as commending the agency’s officers and men, as well as their counterparts in Kano, Kogi, and Osun states, for their excellent actions.

“Marwa commended them for sustaining the heat on the cartels across the country.

“He urged them and their compatriots in other commands to intensify the offensive action against all merchants of death in Nigeria,” he said.

Lagos Police Is Investigating The Death Of FAAN's AGM

Terror Alert: UK Warns People To Stay Away From 22 States In Nigeria