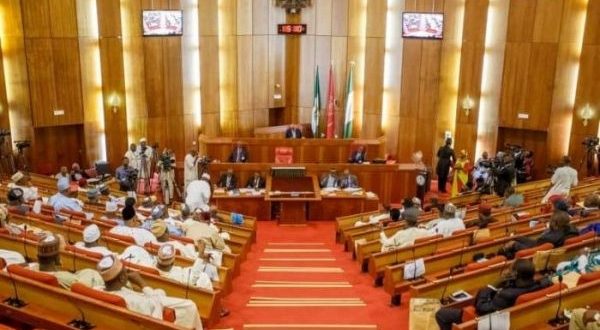 At least twenty (20) senators are set to dump the ruling All Progressives Congress (APC) for the Peoples Democratic Party (PDP) and other political parties.

In the run-up to the 2023 elections, the ruling APC had earlier lost over 10 senators to the opposition parties and the coming wave of defection is reported as a result of lawmakers losing their return tickets to the National Assembly during the party primaries.

The National Chairman of the APC, Abdullahi Adamu met with the APC senators behind closed doors at the National Assembly complex, Abuja on Wednesday to discuss the development.
While speaking to journalists yesterday, Mr Adamu admitted that the APC is worried about the development.

“The meeting with the senators was most fruitful. The issue of defection is an unfortunate development when it happens but this is a season where there are all sorts of behaviour in the political space and ours is not an exception,” Mr Adamu said. “In every election year, this kind of thing gives cause for stakeholders to sneeze and Nigeria is not an exception so is the APC, not an exception. I don’t care about what is happening in other parties, my focus is on the APC. But we all know that the occurrence is not only happening in the APC, it’s happening across other political parties too. And because we are the ruling party, our problems are exaggerated before the public.”

A number of the APC senators had also defected to other parties as they failed to secure a return ticket to the National Assembly, many of them alleged that their states’ governors hijacked the senatorial primary elections.

In the past week, not less than six senators have sent their defection letters to the Senate President. This includes the Majority Leader, Senator Yahaya Abdullahi representing Kebbi North senatorial district, who defected to the PDP.

Britney Spears Returns to Instagram to Announce New House: "Change Is So Great"