Home > Relationships > Dating in 2022; Situationships Are Not For The Fainthearted 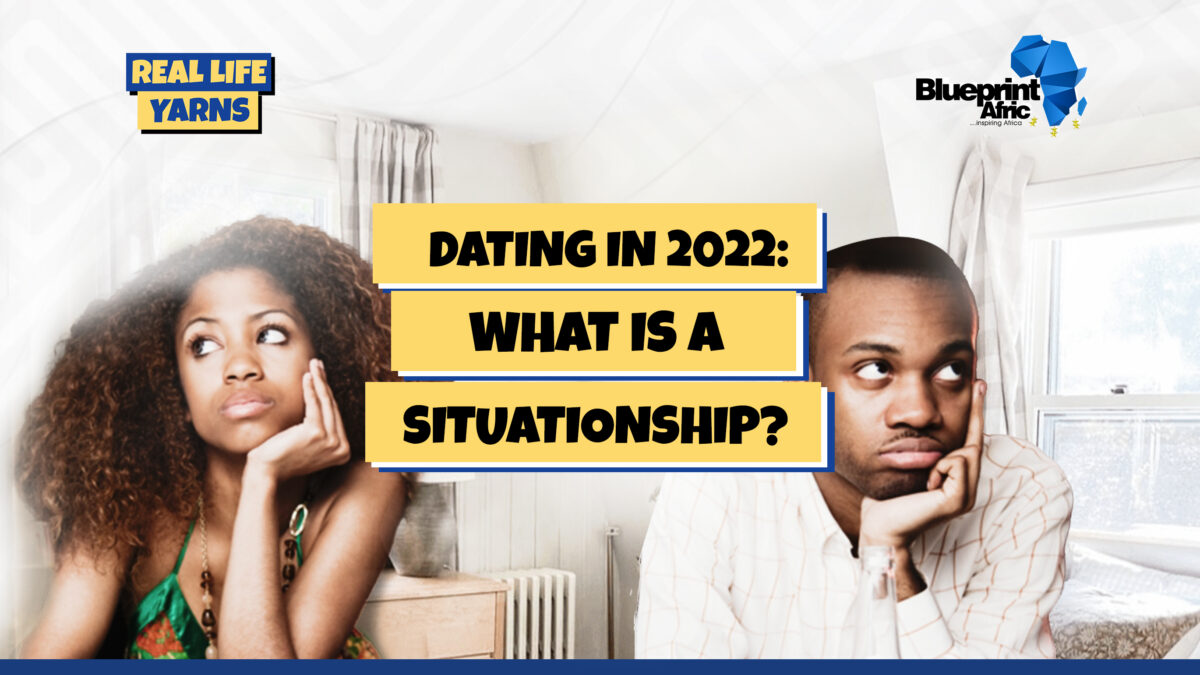 Situationships are defined as that space between a defined relationship and something other than a friendship. It is a romantic or sexual relationship that is not considered formal or established.

The dating world has seen multiple lingo and words people use to define what their relationship with a person is. “friends with benefits, hookups, sexual partner, booty call”, and the list goes on.

Situationships could be romantic with the benefit of hookups. Also, it could involve deep intimacy and friendship of some kind. There would be dates and casual outings, but it isn’t consistent or reliable. It is a haven for people that have a fear of commitment.

The dating pool in Nigeria has become a rollercoaster of one-night stands, friends with benefits, “let’s see how it goes“, one-sided feelings, heartbreaks, and many more.

People have found themselves in situationships with no further explanation of how they ended up. Situationships are common among The Gen Z and Millennials generations. The advancement of technology through dating apps and social media has made it easy to get into situationship with a snap of your finger.

Dating app Hinge reported that 34 per cent of its users have found themselves trapped in a situationship before.

While the arrangement might not work for people who fall in love quickly or want some form of structure without commitment, some other people love it!

Some are lucky for their situationship to develop into something more serious, while others are left heartbroken because of one-sided feelings.

Let’s get into some pros and cons of situationships, shall we?

I will admit that it is great for people who want their physical needs met without the pressure of being in a committed relationship. Many people don’t want to be in a defined relationship for different reasons, but their sexual pleasures need to be taken care of.

People of this generation (yes, you) are more inclined to explore many things, including their pleasures. Being in a situationship seems to be a good way of exploring sexuality and feelings and knowing what kind of relationship they want to be in when they are ready. Also, it is a way for people to gain experience.

It is a healthy situationship when both parties are on the same page concerning what they want without any hidden agenda.

However, when both parties are not on the same page, it usually ends in tears. For example, someone catches feelings and wants to turn the situationship into something serious. This leads to heartbreaks, hurt feelings, and anger.

Someone, who chooses to remain anonymous, shared her experience with being in a situationship without knowing it.

“I met him on a dating app, and we vibed instantly. We lived close to each other, so meeting up wasn’t an issue. The first date was at a lounge where we had a couple of drinks and talked about ourselves. After we got home, we texted a lot, and it seemed promising. We had a couple of dates which consisted of movies, hangouts, bars, and fun. We became intimate, and everything seemed to be going well. We already talked about whether or not either of us wanted it to grow into something else. We both agreed to take it slow, which I was fine with.”

To cut a long story short, he stopped talking to me and blocked me on all social media platforms. I later found out he had other girls he was in situationships with”

A guy who we would call Ade also shared his experience of getting dumped in a restaurant.

“This girl made me become a player because she broke my heart. She was a friend for a long time, but I have always had feelings for her. I finally summoned the courage to ask her out, and she agreed. We started dating, but I always felt it was one-sided. I chose to ignore it since she always said she had to develop feelings for me.”

I foolishly tried to beg her that I would do better in making her happy. She said we were friends with benefits. I benefitted sexually from her while she benefitted materially. This is a girl I have known for years. I begged her after that, but she said her mind was already. So I guess I was in a situationship for a year without knowing it.”

These stories and many more similar out there have known that both genders get caught up in situationships without realising it.

The ideal thing is to communicate with your partner(s) about what they are with each other so that there is not a long ride that ends in tears, anger, and resentment.

The last Real Life Yarns saw five people speak to Blueprint about cheating and being cheated on.

ADAM AND EVE’S NOT SO LOVE STORY