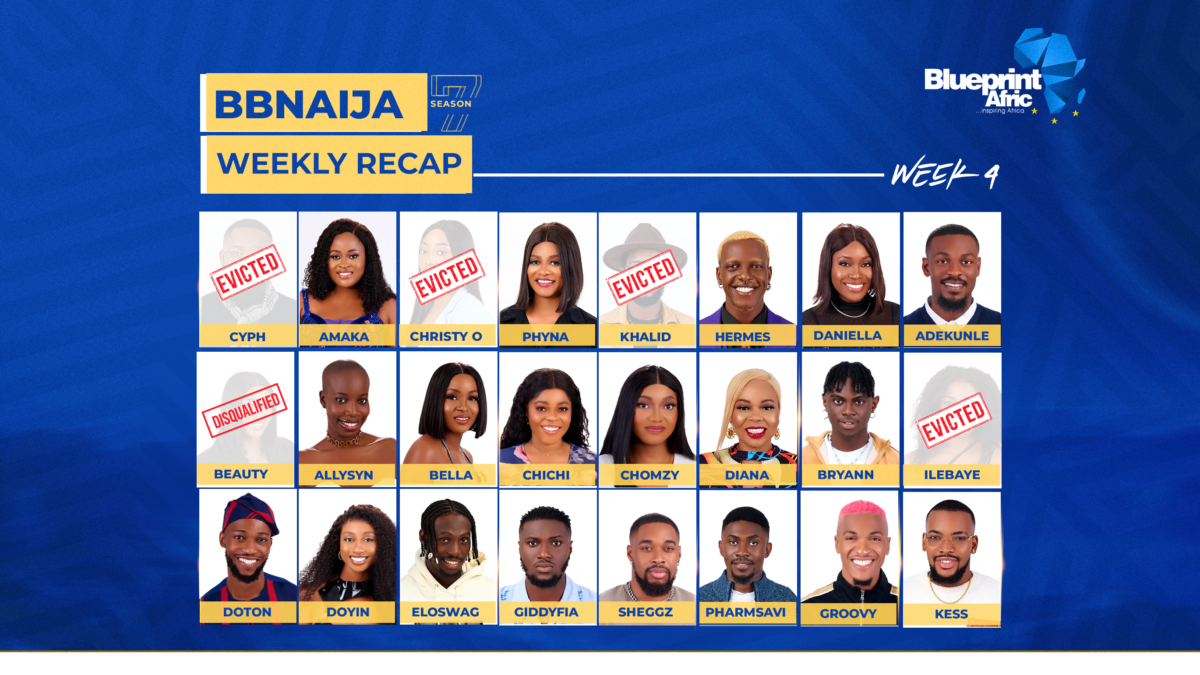 Last week, Ilebaye and Khalid were evicted from the Level Up house after receiving the least votes from fans.

For their wager task this week, the housemates were asked to debate on afrofuturism and invent five machines slated for use in the future, this was to be presented on Friday.

The level 2 housemates enjoyed their pool party on Thursday, their reward for winning the wager last week’s Friday.

On Friday, Level 2 housemates won the week’s wager task on “Afrofuturism science” beating level 1 housemates again. Each level 2 housemate will gain a reward of 1500 pocket Naira for next week’s shopping.

After the wager task, Biggie swapped levels for Groovy and Deji. Groovy left to level 1, while Deji left to level 2. When the announcement was made, Phyna, who has shared moments of intimacy with Groovy, broke down in tears over fear of losing him to other girls.

Phyna had told Groovy of her feelings for him after Beauty was disqualified from the reality show.

Don’t miss a moment from Naija’s hottest reality TV show with our round the clock coverage on Twitter and Instagram.

“Wizkid And I Have Been Friends For 15 Years” – Chris Brown