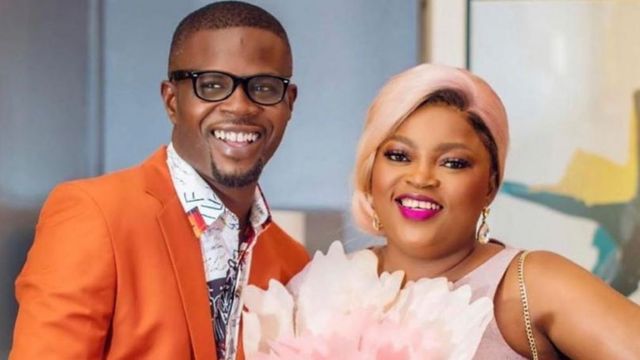 Award-winning Nollywood actress Funke Akindele’s husband Abdul Bello popularly known as JJC Skillz has taken to his Instagram page to announce that he is no longer together with his wife. The post was made on the 30th of June 2022.

According to popular producer Abdul Bello, the past two years have been difficult for the couple and Ms Akindele had insisted on his moving out of the house.

“The last two years have been extremely difficult for us. I know I have tried my best to fix things but I believe it is beyond repair now,” He said in an Instagram post. “3 months ago and at Funke’s insistence I moved out of the house and apart from AMVCA have not been able to get Funke to sit down in an amicable manner to discuss the future of our relationship.”

Mr Bello said the announcement was to notify the public that they are both pursuing separate lives.  Issues such as the custody and welfare of their children as well as business interests have yet to be discussed, but Mr Bello maintains he has no  “doubt that these will be resolved one way or the other.”