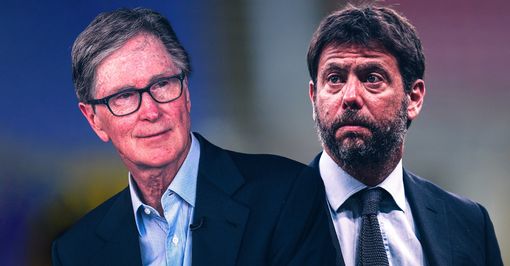 Juventus have been warned that failure to withdraw from the much-maligned Super League proposal will see them barred from competing in Serie A next season.

Juve – along with La Liga giants Barcelona and Real Madrid – are yet to officially stand down from the competition that was launched last month.

And Gabriele Gravina, head of the Italian Football Association, has informed the Bianconeri that their participation in the 2021-22 campaign is at risk.

“The rules are clear. If Juventus is still part of the Super League when it enters next season, it can’t participate in Serie A.

“I would be sorry for the fans but rules are rules and they apply to everyone. I hope this holdout ends soon.”

Campaign to have Nigerians vote for the former governor of Lagos State, Ahmed Bola Tinubu as president of Nigeria come 2023 has kicked off in London, United Kingdom.In a video shared by Arise TV on Monday, associates of the national leader of the All Progressive Congress (APC) covered huge spaces around a London Train Station with adverts pushing for a Tinubu candidacy for the next presidential election in Nigeria.With the campaign slogan reading ‘Yes We Can’, with Tinubu’s name and the picture was displayed around the walls and floor of the Train Station in an effort to create awareness for the politician who has been recuperating from an unknown illness in London for the past few weeks.Although his media handlers have continued to deny that he is unwell, several high-profile politicians in the country have visited him in his London home to commiserate with him.Among those who have visited him are President Muhammadu Buhari and Governor Babajide Sanwo-Olu of Lagos State among others..........#tinubu #2023elections #APC #blueprintafric ... See MoreSee Less

Bridgerton Fans we're are about to get what we asked and more 🤗🥺😲...What will happen after Anthony Bridgerton meets Kate Sharma.....cc: @netflix.. #TUDUM #netflixandchill #Bridgerton #EntertainmentGist #fyp #blueprintafric ... See MoreSee Less

Elonu and Kalu were named to the All-Star 5 for the tournament. Elonu, the tireless captain and outstanding player, was named MVP of the tournament.
View on Facebook
· Share