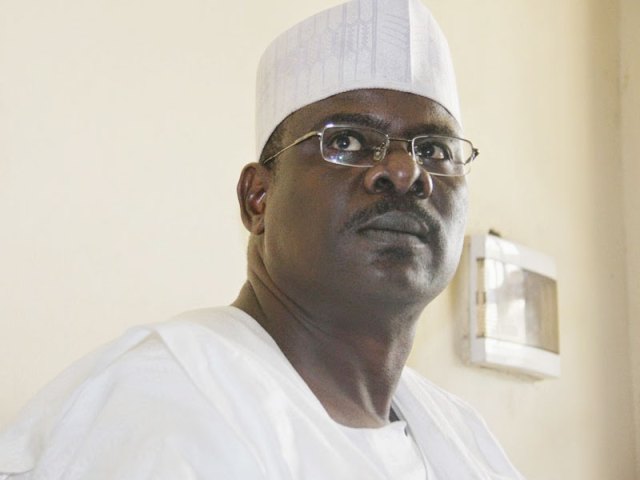 Sen Ali Ndume has urged President Muhammadu Buhari to sign or issue an Unexplained Wealth Order as soon as possible in order to boost up the fight against corruption.

Ndume made the announcement on Saturday in Ibadan, while speaking at the University of Ibadan’s 2021 Distinguish Leadership Lecture Series.

The News Agency of Nigeria (NAN) reports that the lecture, with the topic : ‘The Unexplained Wealth and the Fight Against Corruption in Nigeria’, was held at the Trenchard hall of the university.

The Senator, who is the Chairman, Senate Standing Committee on Army, also urged President Buhari to prevail on the national assembly to pass the Proceeds of Crime Bill in time “regardless of bickering on the management of the proceeds recovered”.

He said there was need to look at the incidence of corruption, “most especially, those occasioned by public officers who are in trust of public wealth.

“Our crusade against this monster (corruption) should start from politicians, top public servants, civil servants down to local governments’ staff.

“For the perpetrators, it is not difficult to identify the tendencies exhibited by these officers; acquiring landed property in and outside the country, having fat bank deposits, buying expensive cars, or marrying so many wives”, he said.

Ndume went on to say that the battle against corruption is a national effort that must begin at the top and work its way down.

“It changes our good culture, it breeds injustice and impunity, every citizen has a role to play.”

Ndume went on to say that the government must go even farther to safeguard whistleblowers when it comes to dealing with the problem.

Whistleblowers, he claims, must be active at all levels, including local regions, and they must not be afraid, but must be protected by legislation at all costs.

He urged anti-corruption organizations such as the Independent Corrupt Practices and Other Related Offences Commission, the Economic and Financial Crime Commission, and the Department of State Security to take whistleblowers seriously and investigate claims of corruption “however little.”

The lawmaker, on the other hand, believes that the whistleblower who is accused of lying should be prosecuted.

The lawmaker also charged the National Orientation Agency (NOA) and other government institutions with ramping up anti-corruption awareness campaigns.

Sen. Ndume took advantage of the occasion to announce a scholarship grant of N1 million to help some of the institution’s underprivileged pupils.

Prof Kayode Adebowale, Vice Chancellor of the University of Ibadan, noted earlier in his welcoming comments that the university was fighting corruption organically.

Almost every undergraduate student at the University, he claims, takes an Ethics course, either as a required general studies course or as a regular department-based course.

He stated that the university anticipated that students’ exposure to the courses would go a long way toward instilling anti-corruption attitudes in them.

Accelerate TV's November Issue Stars Made Kuti On "The Cover"