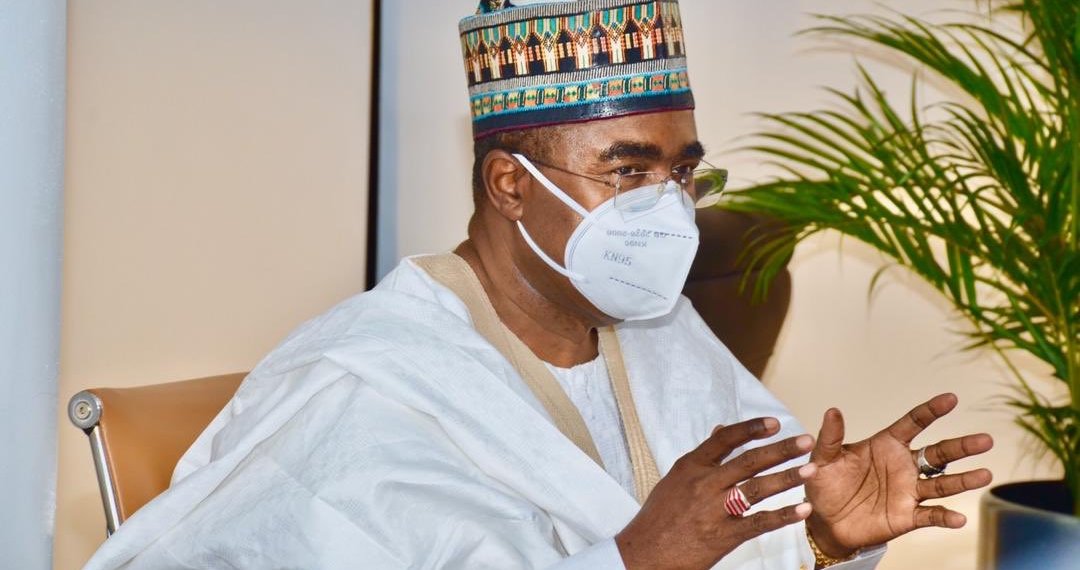 Chairman/Chief Executive Officer, National Drug Law Enforcement Agency (NDLEA) Retired Brig.-Gen. Buba Marwa says, The problem of drug abuse and trafficking in Nigeria is “on its way to being under control”

Marwa told the Correspondent of the News Agency of Nigeria (NAN) in New York that with the support from the Federal Government, foreign partners and stakeholders, Nigeria would win the war against drug abuse and trafficking.

He described the problem of drug in Nigeria as “a ravaging epidemic” saying “it is for this reason that we remained upstanding to do our best with what we have and with the support we have been receiving from the Federal Government.

“We plan to go to local governments for sensitisation; we are constrained at this moment with the size of our workforce but with the approval of the President, we have recruited more personnel,” he said.

“We have recruited more personnel to increase our size to enable us go into the local governments so that each local government will eventually have its own special command.

“We also have special command at the sea ports, international airports and we are in the process of setting up engagement in the railway stations.

“I should add that we are collaborating with road transport workers because of this issue of drivers who use drugs to give them capacity, in their thinking, to stay alert to drive for longer hours.

“We believe that with the support we are getting from the Presidency, the matter of drug abuse and trafficking in Nigeria is on its way to being under control.’’

Marwa said the UN Office on Drug and Crime (UNODC) had been supporting Nigeria in its fight against drug abuse, especially in training of its staff and providing information materials.

He said the federal government had produced the improved fourth edition of the National Drug Control Master Plan 2021-2025 with the technical support from the UNODC and EU funding.

Speaking on if cannabis could be cultivated for commercial purpose to boost the economy of the country, the NDLEA boss said the agency is against the legalisation of cannabis, noting that “we don’t want to encourage it”.

Marwa warned that it would be difficult to control the use of cannabis in the country, citing the example of Tramadol, which is a medication under prescription, provided it is 100mg and below but has been abused.

“We (Nigeria) have not been able control it (Tramadol) because they are still bringing it in excess of 100gm and all forms; we are trying to control it and now, you want to add another thing.

“We don’t have the mechanics to control it (cannabis); it is very dangerous for us to step in there (legalise cannabis). We should be trying to find ways to reduce it.

“The argument has been if it is for commercial purpose. We have to find out if it is human lives we are interested in or money.

“If we do such, we will end up spending the money realised to build rehabilitation centres for these people (users). It is a worthless effort; that is the view of NDLEA at this moment.’’

In addition, Marwa said the practice globally was not to criminalise the use of drugs, but in Nigeria it is an offence and NDLEA Act has the penalties for it.

The NDLEA chief said in more specific terms that the penalties were different for those who use and traffickers, adding, heavy penalties are for the traffickers.

“I must say that the use of drugs is an illness, especially when it gets to addiction. They (addicts) can’t help themselves, they need to be helped.

“The efforts will not be towards criminalising or penalising them but to help them to be treated, so we encourage those under drugs to seek treatment.

“Twenty per cent of the drug users in Nigeria have drug use disorder. They need help and we encourage that,’’ he said.