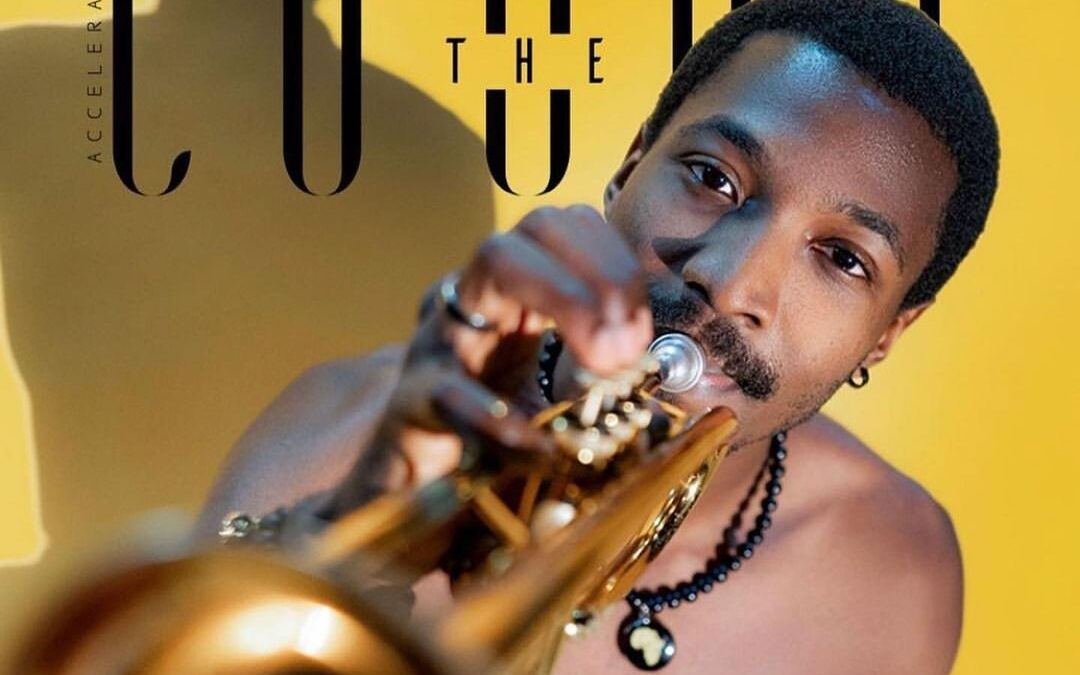 Accelerate TV’s November Issue Stars Made Kuti On “The Cover”

Made Kuti, an afrobeat singer, composer, and instrumentalist, is featured in the November 2021 issue of Accelerate TV’s ‘The Cover.’

“This month’s issue of The Cover features the one and only Made Kuti, who is just as talented as his father and grandfather,” says Colette Otusheso, the magazine’s editor-in-chief. During our conversation, we get to know the man behind the music as he discusses love, legacy, and expanding the scope of Afrobeat as a genre. He speaks openly and honestly, leaving us with the feeling that we know him better.”

He speaks thoughtfully about music, being a member of the Kuti family, and his notion of love in this issue.

Here are some extracts from the interview:

On what defines his sound or who he is as an artiste:

I try not to put myself in a creative box. But everything I do is sourced from something that I believe in or is valuable or important to me.

On what his journey in music has truly been like:

I think I have always been a deep thinker because I’ve been alone for a lot of my life. I’m not a very social person, so I spend a lot of my time thinking and with my thoughts, taking note of my surroundings. I’ve never worried about not having enough material to write about or not having enough ideas. Those are never really the things that plague me. What I sometimes do worry about is how well-received my ideas will be.

On if he gets pressured to deliver music of a cerian standard or even a certain style being Fela’s grandson and Femi’s son:

I think they’ve set a very good standard musically and ideologically, as human beings that sing about their environment. And if I care about my environment, then I learn from them. I learn from these great people and then my job is to do something just as good or better. Not necessarily in a competitive way, but in a way they’d approve of.

I have to ask myself how can I go forward and what has my contribution been that can create advancement. So no pressure but I do think I have a creative responsibility as a musician.

As a member of the Kuti family what he doesn’t identify with and why:

Well, most definitely, corruption. We are one of the people who are guaranteed to be honest in those areas. Why? I don’t know. But my upbringing is very strict in those terms. Lies are not told in the household. Our values are very straightforward and not complex. So when we carry ourselves from our homes into the society, we are just being ourselves.

On his ideal woman in terms of personality and physical appearance:

That would be my partner right now. I think personality is more important than appearance. She does happen to be a model, but that’s not important. It’s the personality and the duration of time I’ve known her. I’ve known her for 12 years, but we’ve dated
for a year. And in that amount of time, I’ve realized that the person I am with, despite both of us having flaws, has so many great
attributes. She is genuinely loving, creative and kind. She has the kind of genuineness that is real. And I’m lucky to have that. I’ve been able to partner with someone where honesty is key and the direction in which we are heading is mutual.

Some questions on love and relationships that he’s asked himself over the years:

Well, my primary concern has been how I can improve. So I examine myself to find faults and do a lot of self-criticisms. I try and
look at how I’ve handled situations and figure out how I could have done better with my approach. I ask myself questions surrounding my behaviour towards the person I am in a relationship with. Like “what am I really doing to this person?” I ask myself if I’m being the best possible partner and as honest as I should be and if I truly love the person. I even ask myself, if I love me and if I’m happy with what I am doing. I find that in many relationships, honesty and self-analysis are lacking and that people need more of these two things.

Below is a video of his interview:

Toke Makinwa Retires From Radio After A 12-Year Career