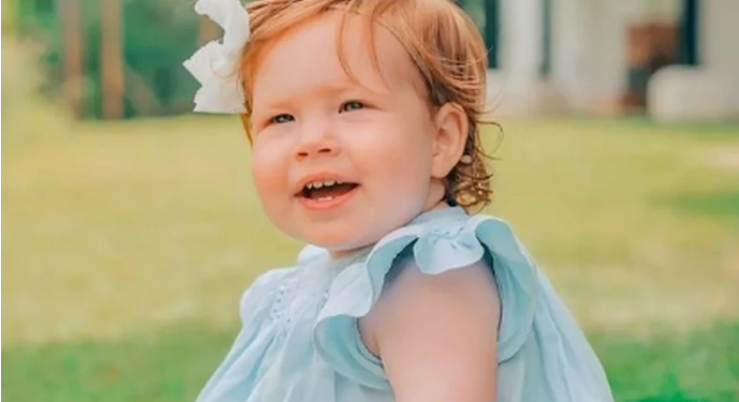 The images were unveiled on the one-year anniversary of the princess’s birth.

Prince Harry and his wife Meghan Markle have revealed a photo of their baby Lilibet for the first time.

The images were unveiled on the one-year anniversary of the princess’s birth.

Her birthday was celebrated with a highly exclusive celebration attended by the royals’ closest friends and relatives.

The event took place in the United Kingdom throughout the weekend.

The Sussexes’ spokeswoman described the gathering as a “casual, small home picnic” for “close friends and family.”

In 2021, Harry and Meghan will give birth to Lilibet “Lili” Diana Mountbatten-Windsor.

Meghan Markle and Prince Harry announced their pregnancy in February.

Meghan disclosed the news months after she confessed she had a difficult loss.

In 2018, Prince Harry and Meghan Markle wedded in a star-studded ceremony in England.

In January 2020, Prince Harry and his wife, Meghan Markle, surprised the world by announcing that they would be stepping down as senior members of the royal family.

On Wednesday, January 8, 2020, the couple shared the stunning news on their official Instagram page.