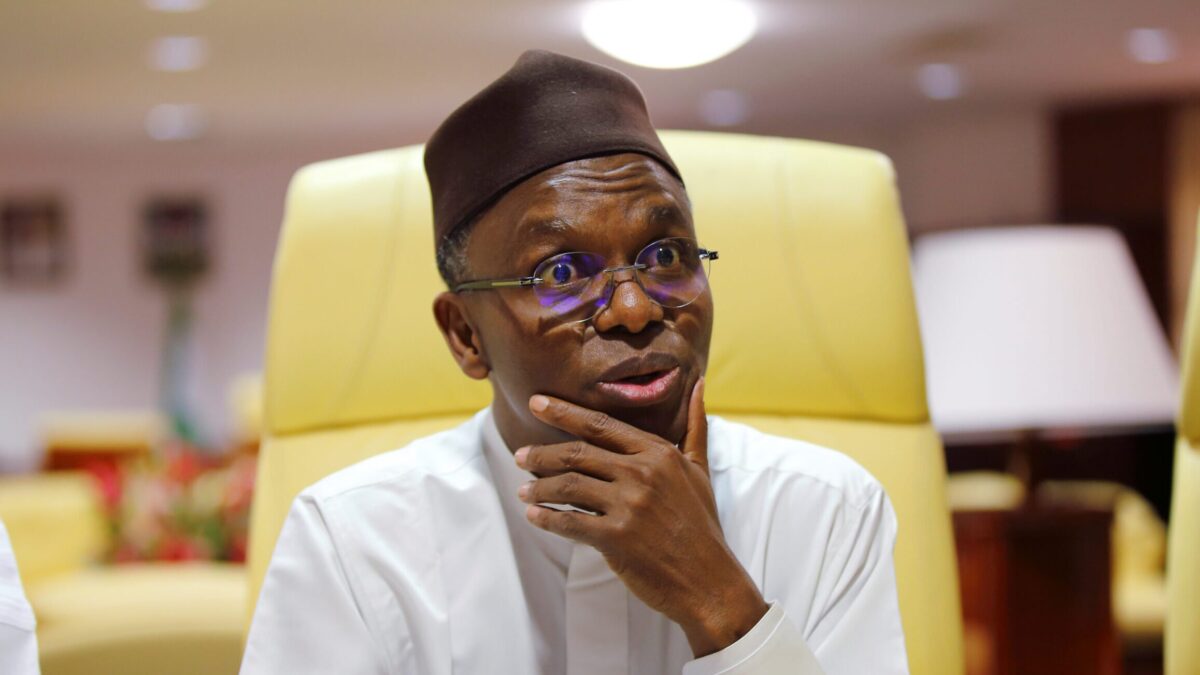 Bandits, according to El-Rufai, do not deserve mercy and should not be allowed to live.

Kaduna State Governor Nasir El-Rufai has urged the federal government to label bandits in the country’s northwest region as “insurgents” or “terrorists.”

The announcement, according to the governor, will allow the Nigerian military to strike and kill the rebels, “bandits without any major consequences in the international law.”

El-Rufai advised the Federal Government to recruit 1,000 youths each across the country’s 774 local government areas, speaking at the Sir Kashim Ibrahim House in Kaduna on Wednesday, October 20, 2021, shortly after receiving the third quarter security report from the Commissioner of Internal Security and Home Affairs, Mr. Samuel Aruwan.

He said that enlisting the teenagers will give a fatal blow to the country’s bandits and other criminal elements.

El-Rufai also backed the National Assembly’s resolution designating bandits as terrorists, claiming that his administration had written to the federal government about the issue since 2017.

“Bandits don’t deserve mercy and they should not be allowed to live,” he said.

“We in the Kaduna State government had always urged for the declaration of bandits as insurgents and terrorists. We have written letters to the federal government since 2017 asking for this declaration because it is this declaration that will allow the Nigerian military to attack and kill these bandits without any major consequences in the international law.

“So, we support the resolution by the National Assembly and we are going to follow up with a letter of support for the federal government to declare these bandits and insurgents as terrorists, so that, there will be fair game for our military.”

According to the Kaduna State Government, in the third quarter of this year, bandits killed 343 people, abducted 830 people, and injured 210 others in the state.