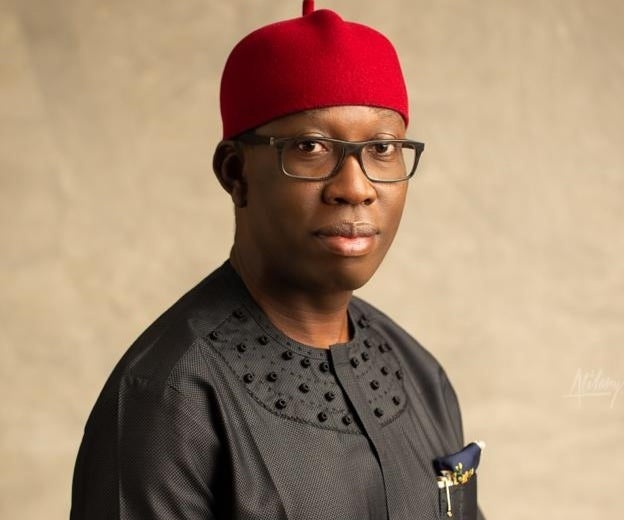 Last year’s EndSARS protests, which took place in major cities across the country, “truly shook the foundation of this nation,” according to Okowa.

Sen. (Dr) Ifeanyi Okowa, Delta Governor, launched a Committee for the Protection of Human Rights in the state on Wednesday, calling on citizens to follow the law in all their endeavors.

Okowa made the statement in Asaba, where he was inaugurating the committee he chairs.
Mr Isaiah Bozimo, Attorney-General and Commissioner for Justice; Comrade Ifeanyi Egwunyenga, Commissioner for Youths Development; Mr Omamuzo Erebe, Solicitor-General/Permanent Secretary, Ministry of Justice; and the Commissioner of Police in the state are members of the Committee.

Mr Harrison Gwamnishu, Representative of Youths; Comrade Israel Joe, Representative of Civil Societies Organizations; Dr Jonathan Ekpenisi, Representative of Nigeria Bar Association; Mr Alpheus Ngwu, Representative of National Human Rights Commission; and Mr Theophilus Aguonye, Permanent Secretary, Directorate of Political and Security Matters, who will serve as secretary. The formation of the committee, according to Okowa, was one of the recommendations of the Judicial Panel of Enquiry, which looked into allegations of police brutality and extrajudicial murders in the state.

He remembered that a year ago, the country’s teenagers organized “ENDSARS,” a protest against police brutality and other issues, and that the protest, which took place in key cities across the country, “truly shook the foundation of this nation.”
He, on the other hand, thanked God for intervening at that crucial time, saying,

“we are inaugurating this all-important Committee put in place to ensure the protection of the rights of our citizens in this state.

“We saw a lot of our youths come out in anger against so many issues as it concerned the nation but particularly against Police brutality.

“There was a lot of destruction of property as the movements of various civil society groups and youths got hijacked by unscrupulous citizens of this nation.

“We believe that the youths who actually set out at the beginning for the protest meant well for this nation because they were actually there to draw the attention of the leadership of this nation both at the national and at the sub-national levels to the ills in the society.

“They said they were demonstrating against oppressive tendencies of security agencies, which were impinging on their freedom.”

He said that numerous discussions took place, and that at one of the meetings of the National Economic Council, which was chaired by the Vice President, far-reaching decisions were made, which served to defuse tensions.
According to the governor, these judgments included the necessity to conduct an investigation into the allegations of police brutality, as well as the need to find ways to calm the anxiety of people who may have experienced one or more losses.

Kizz Daniel To Perform At The 2022 World Cup