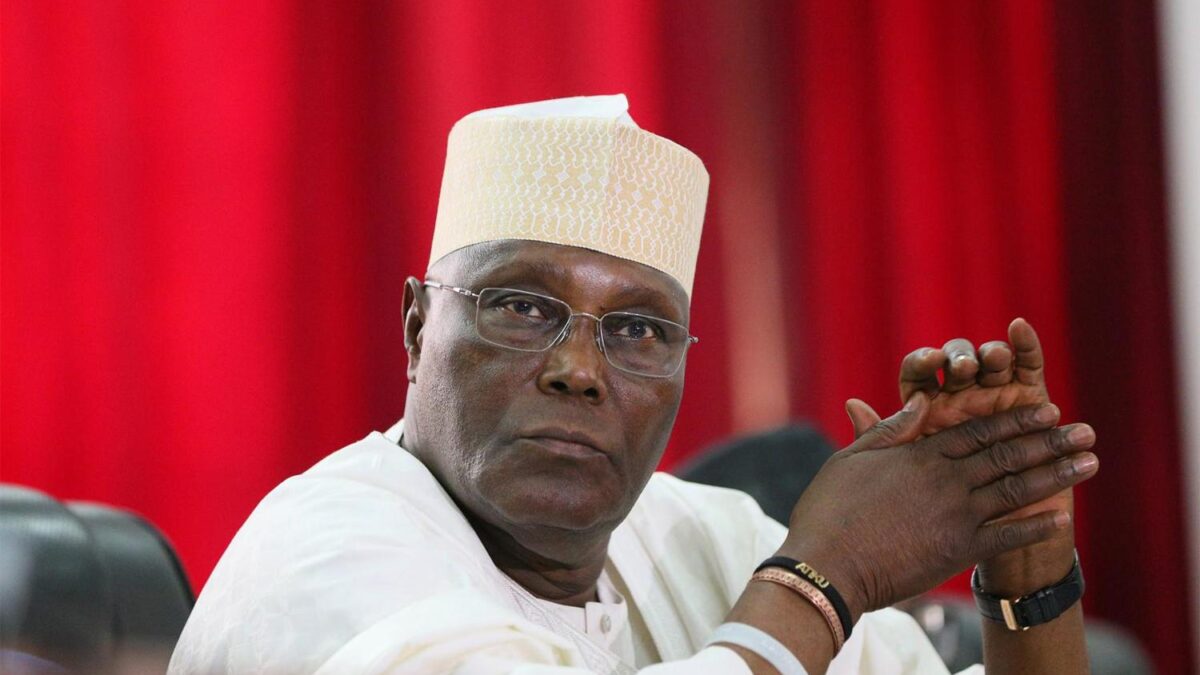 Mr Osita Okechukwu, the Director-General, Voice of Nigeria (VON) says former Vice-President Atiku Abubakar’s presidential bid in the 2023 poll, will fail because it is against the principle of power rotation between the South and North.

Okechukwu, also a foundation member of the All Progressives Congress (APC) said this when he spoke with newsmen in Abuja on Sunday.

He referred to the patriotic position of APC Northern Governors’ letter to President Muhammadu Buhari on June 4, as evidence that the rotation of the presidency between the North and South, is intended to unite the country.

“After careful deliberation, we wish to state our firm conviction that after eight years in office of President Muhammadu Buhari, the APC presidential candidate for 2023 election should be one of our teeming members from the southern states of Nigeria.

“It is a question of honour for the APC, an obligation that is not in anyway affected by the decisions taken by another political party. We affirm that upholding this principle is in the interest of building a stronger, more united and more progressive country,” he said.

Okechukwu also recalled former President Olusegun Obasanjo’s statement on the matter: “I am very much aware that it’s the turn of the South to produce the next President of Nigeria. I was part of the meeting when the agreement was made between Northern and Southern Leaders. I am even surprised PDP gave its ticket to another Northern candidate.

“It will be an injustice to the South if the North retains power after 8 years of rule,” Obasanjo had stated.

Consequently, Okechukwu said that it would be a herculean task for Atiku in his mission to divide North and South to defeat the APC Northern Governors Forum, Buhari, former Obasanjo and host of other unifier patriots like Afenifere Leader, Pa Ayo Adebanjo, Gov. Nyesom Wike, Chief Edwin Clark and uncountable unifier patriots who supported power shift from North to South.

“My take is that Atiku is not a unifier and cannot defeat the Northern Governors Forum, Buhari, Obasanjo, Adebanjo, Clark and sophisticated northern electorate by his mission to win by dividing the north and the south.

“It is an unforced error to think that he can manipulate our fault lines and the abundance of unifier patriots of the north. The Northern electorate are very sophisticated, they voted for Zik, Abiola and Obasanjo.

“My bet is that the wound of Machiavellian dosage Atiku infested the PDP is not likely going to heal before 2023 presidential election,” the Enugu APC chieftain said.

He added: “These unifier patriotic forces won’t allow him no matter his gusto to trample and rubbish the good works of patriots who sacrificed their presidential ambition and instituted the rotation convention in our political firmament.”

Responding to suggestions that Atiku may be running on the trajectory that democracy confers right to vote and be voted for, the DG VON said that although democracy provides for freedom as one of its ethos, if others had engaged in unforced error breach of rotation convention, and division of north and south, Obasanjo could have imposed Sir Peter Odili as President in 2007, instead of Umaru Musa Yar’Adua.

“Obasanjo as a unifier nationalist dropped Odili to maintain the unity of north and south. Atiku has the freedom to cherry-pick the laws and convention of his fancy; however the truism is that Atiku is not a unifier, because he failed to adhere to federal character principle, which is our own variant of affirmative action that is observed in liberal democracy globally. This is the yardstick of measurement of character.

“Remember that before the APC Northern Governors Forum were unifier elder statesmen – Alhaji Abubakar Rimi, Umaru Shinkafi, Adamu Ciroma, Dr Sola Saraki et al, who for equity, unity, fairness and enthronement of sense of belonging dropped their presidential ambition in 1999. They placed the unity of Nigeria above self.

Looking forward to the coming general elections, Okechukwudeclared: “Please, don’t forget that we have unforgettable unification lessons. One, is that Atiku violently breached PDP’s Constitution, which expressly provided for rotation of power. This places in doubt his unifier claim,” he said.

Okechukwu added: “Secondly, he decamped to APC in 2014 on the pretext that former President Goodluck Jonathan breached power rotation to the north. Then it was the turn of the north, not now.

“Thirdly, in 2018 unifiers nationalists like Wike obliged PDP Northerners an open field, when all southerners in obedience to rotation convention did not participate in the PDP presidential primary in Port Harcourt. He was the main beneficiary.

“Fourthly, Senators Ayu and Adamu, both northerners were elected chairmen of PDP & APC respectively anchored on the sure foot – Turn of the South.”

He challenged all unifiers and genuine democrats to join hands and stop Abubakar before he divides the north and the south by rubbishing the political power rotation arrangement between the North and South, “which is the bond of our unity and the health of our democracy.”

Okechukwu said that Obasanjo’s statement that a wrong outcome of the 2023 general election could consume Nigeria is a veiled warning to the dangers of voting another northern presidential candidate to succeed President Muhammadu Buhari.