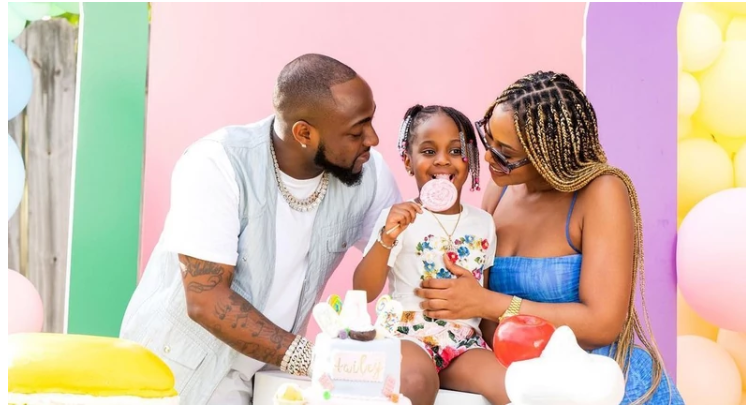 Davido Throws A Big Birthday Bash For His Second Child.

Hailey is Davido’s second kid. The singer and Amanda welcomed her in 2017.

Close friends and family members of the music sensation, as well as Hailey’s mother, Amanda, attended the celebration in the United States of America.

The birthday girl was extremely pleased, unable to control her delight at her father’s presence.

Porsha Williams and her Nigerian boyfriend, Simon Guobadia, were among those who attended the birthday party.

While the kids and their parents were amused by DJ Daps, there was enough to eat and share.

Hailey is Davido’s second kid. The singer and Amanda welcomed her in 2017.

The musician is known for organising lavish parties for his children, which he regards as his greatest success.

“I’m obsessed with my children,” he once tweeted.

Imade, Hailey, and Ifeanyi are the singer’s three children.

He and Sophia Momodu had their first child, Imade, in 2015. He named her Imade Adeleke, after his late mother.

Ifeanyi was greeted by the music and his estranged fiancee, Chioma, immediately following his proposal.

Mercy Aigbe's Husband's 1st Wife Warns Them About Their Property