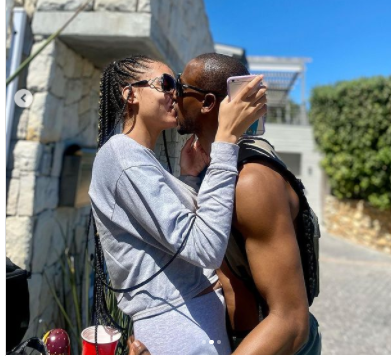 Omashola proposed to his fiancée in 2021.

Omashola, a former Big Brother Naija housemate, has revealed where he met his future wife.

On Monday, January 10, 2022, the reality TV personality published lovey-dovey images of himself and his girlfriend on his Instagram page.

“From the very first day I saw you at the ATM I new you were the one and I told you right there that I will marry you and you will be the Mother of my kids,” he wrote.

“You are my biggest prayer and I thank God for your love and support. Till the wheels fall off 💝❤️❤️ Warri boy don fall in love o ❤️“

On the eve of 2022, Omashola proposed to his lover underwater.

The proposal, he said, was the biggest highlight of 2021 for him.

Omashola was a housemates of the fourth season of the reality show, Big Brother Naija.

'Catch The Fair One' Trailer Shows A Fighting Former Boxer