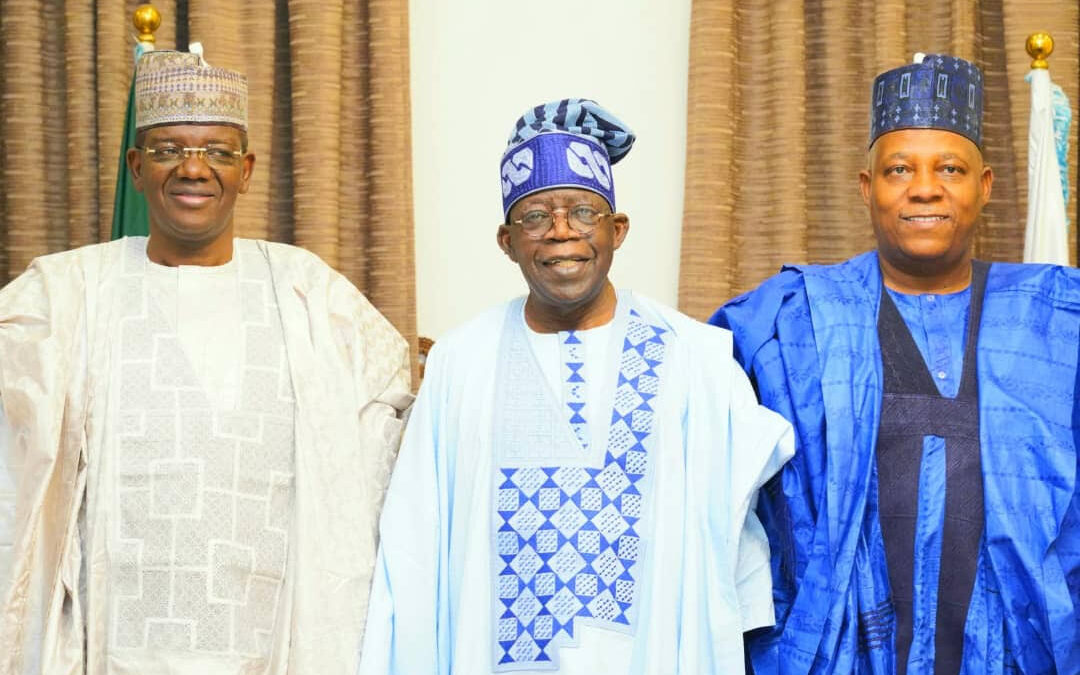 Sen. Bola Tinubu, the National Leader of the All Progressives Congress (APC) and former governor of Lagos State, presented a N50 million contribution to Zamfara towns recently ravaged by robbers on Thursday.

Tinubu made the announcement after empathizing with Governor Bello Matawalle in Gusau, Zamfara.

The APC national leader pleaded for continued prayers to help the state overcome its insecurity.

“I could offer prayers for the people from anywhere, but coming in person is important.

“The enemies of knowledge, Boko Haram and other criminal elements will be defeated through commitment in humanity.

“We pray for the entire country to be stable and if the enemies refuse to stop the carnage, we shall eliminate them.

“We believe in President Muhammadu Buhari’s ability to restore law and order and bring back our country to stability and tracks of development,” Tinubu said.

Gov. Bello Matawalle, who welcomed the APC leader, expressed hope that his visit will help the state’s grieving communities and the whole population.

“It is my pleasure to welcome His Excellency, Sen. Bola Ahmed Tinubu, Jagaban Borgu, who has spared time out of his tight commitments to visit the state to commiserate with our people over the recent tragic incident of banditry attacks in some communities of Anka and Bukkuyum Local Government Areas,” Matawalle said

The Jagaban Borgu, he said, is a doyen of contemporary Nigerian politics, a determined leader, and a bridge-builder.

Similarly, he described him as someone who had spent the nation’s democracy’s first 23 years encouraging unity, developing, and elevating persons who had similarly distinguished themselves in diverse fields of human endeavor in modern Nigeria.

The governor stated that banditry has been an issue in the state for more than a decade.

“When I assumed office in 2019, I made it my utmost priority to address this issue as no meaningful development could be accomplished in an atmosphere of insecurity.

“Considering the reality that the conflict is tied to ethnic fault lines, I initiated a dialogue and reconciliation programme, which leaders of thought overwhelmingly accepted all over the state.

“As a result of our programme of dialogue and reconciliation, hostilities ceased for a period of over nine months.

“Hundreds of kidnapped persons were unconditionally released by their captors,” Matawalle said.

He explained that as the disarmament process progressed; the glorious era of brotherly love, and mutual coexistence among segments of the Zamfara communities returned.

According to him, for the first time in more than a decade, the annual Fulani festival of ‘Sharu’ was held in Gusau in 2019.

He, however, expressed sadness that the achievement became bad news for some “self-serving politicians in the state.

“They, therefore, perfected plans to sabotage the peace process. In some cases, security reports fingered them as having direct involvement in the planning and execution of kidnapping, ostensibly to embarrass the government.

“For instance, based on the figures confirmed by the affected community leaders when I visited the communities after the recent attacks, a total of 58 people lost their lives in contrast to the outrageous figures being published in the media,” he stated.

Matawalle said that his government had in addition to the dialogue, committed enormous resources in the provision of logistics and allowances for security forces deployed to the state.

In 2019 alone, he said that his government procured and distributed 200 brand new Hilux pickups for the security forces in the state.

The governor added that his administration would continue to do everything within its power to bring an end to the menace of banditry in the state.

“As we get closer to 2023 general elections, we will be more vigilant and proactive, knowing that these destabilising forces are not likely to tone down their antics.

“They may continue to plot nefarious schemes in order to obtain political gains,” Matawalle said.

He thanked the APC leader for taking time out to visit and commiserate with the government and people of the state.

“May Allah richly reward you and fulfil your desire of building a strong bond among Nigerians across all the divides.”

WHO To Name Virus ‘Mpox’ Instead Of Monkeypox To Avoid Stigma