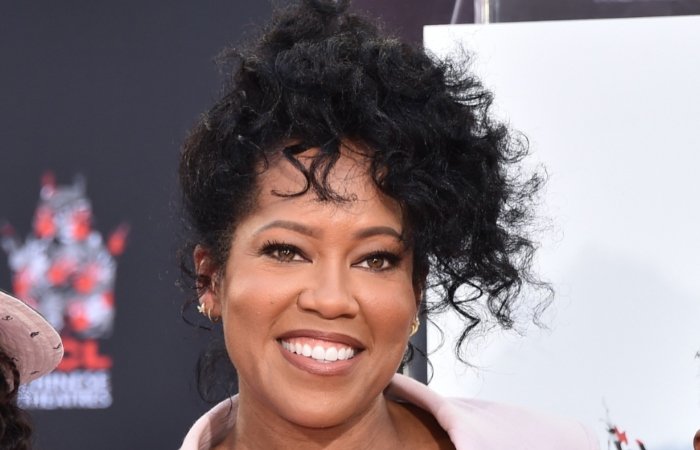 As she stood barefoot on the wet cement, King did a little dance and engraved ‘No place like home’ under her name.

Regina King’s spot on the Hollywood Walk of Fame in the entryway of the TCL Chinese Theatre was cemented in history on Thursday, when she placed her hand and footprints there.

As she stood barefoot in the wet pavement, King did a little dance and etched “No place like home” under her name, the opening line of the theme song for “227,” the late 1980s TV series in which she initially earned recognition.

For her performance in “If Beale Street Could Talk,” a film version of a James Baldwin novel, King won an Academy Award and a Golden Globe in 2019.

Last year, she made her feature film directorial debut with the drama “One Night in Miami…,” which depicts a February 1964 meeting between activist Malcolm X, boxer Muhammad Ali, NFL player Jim Brown, and singer Sam Cooke.

“It is a sight to see the force of your connection and your care and creativity and desire for community is a marvel, and it’s been a pleasure to be in your orbit,” fellow filmmaker Ava DuVernay told King at the ceremony on Thursday. “Your talent knows no bounds.”

“There’s not a time limit, there’s not a stale date on achieving your dreams,” King said as encouragement to anyone looking to follow in her footsteps. “If you love what you do, you should never stop working at it.”