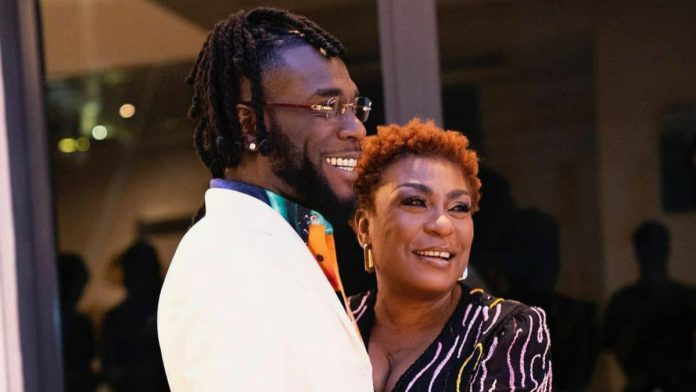 Does this mean that Burna and Stefflon Don will never get married?

Burna Boy, a Nigerian musician, has revealed how his mother, Bose Ogulu, becomes angry every time he dismisses the idea of settling down.

The musician revealed his mother turns red every time he tells her he will never getting married in a post released via his Instagram Stories on Monday, October 25, 2021.

“My mum hates it so much whenever I tell her I’m not getting married. She turns red. My own issue is that now I’m too sure if I really mean it or I just say it to piss her off,” he wrote.

The Grammy-winning singer may have put to rest rumors that he secretly married his girlfriend, Stefflon Don.

Burna Boy was seen repeatedly referring to the rapper as his wife in a video that went viral in September 2020.

“Look what my wife got me mehn,” he said making reference to a necklace he was putting on. “You see, you need a wife like my own, that’s the problem,” he added.

There have been rumors about their engagement prior to the release of this video.

Stefflon Don shared a selfie of herself wearing what appeared to be an engagement ring in February.

In 2019, the two made their relationship public for the first time.

Temi Ami-Williams Of 'Eyimofe' Gets A Record-Breaking FESPACO Award