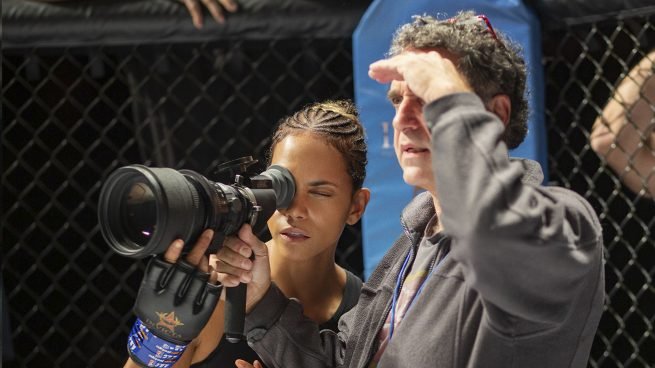 In a recent interview, the Academy Award-winning actress discussed her directing.

Halle Berry has spoken out about her next film ‘Bruised,’ in which she serves as both director and protagonist.

The Academy Award-winning actress called directing ‘Bruised’ as one of her greatest film successes while speaking at the ELLE magazine’s 27th Annual Women In Hollywood Celebration.

“There are so many times where we, as women, don’t think we have the right to direct,” Berry explained. “A director is a man’s job. We can’t do that. We can only be the dancing fucking bear. Well, you know what? We can be more than the dancing fucking bear. We can be in charge. We can tell our stories from our point of view and if you don’t get it, so what. Listen and learn and learn from another perspective.”

Berry also discussed the difficulties she encountered throughout production, while thanking fellow guests for their assistance through their work.

“It has been my honor and privilege to direct my first film,” she continued, “And you know what, I learned along the way that it’s fucking hard. I appreciate you speaking, Patty [Jenkins], telling me how hard it is, so I know.

“For a while I thought, I’m in a vacuum. It’s only been hard for me. It’s not hard for me. It’s hard for all of us, and it’s hard for all of us as women to find our voice and step into our power. I had to learn how to do that in the last two and a half years. It has challenged me in ways that I didn’t know I’d be challenged. I had to understand and learn who I was and what I was made of. I’m proud to say that I got to the other side of it…”

Years later, she’s down on her luck and boiling with wrath and regret as she watches as her manager and boyfriend Desi (Adan Canto) coaxes her into a vicious underground battle, gaining the attention of a fight league promoter (Shamier Anderson) who offers her another chance to fight. When Manny (Danny Boyd Jr.), the son she gave up as a newborn, shows up on her doorstep following the death of his father, the journey to forgiveness becomes unexpectedly personal.