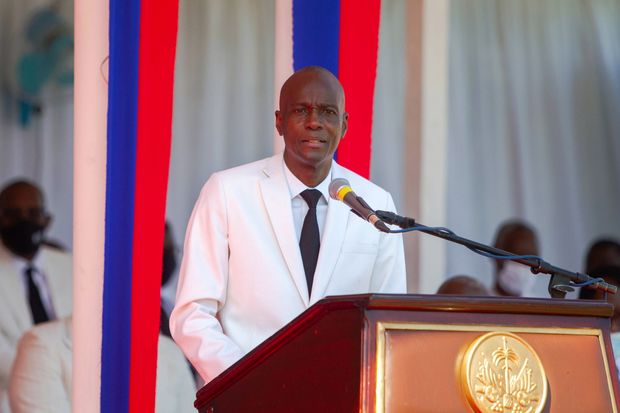 The country’s interim prime minister announced in a statement Wednesday that Haitian President Jovenel Mose was murdered in an attack on his private house, calling it a “hateful, cruel, and disgusting crime.”

Interim Premier Claude Joseph said that First Lady Martine Mose was hospitalized during the midnight incident. Under Mose, the country of more than 11 million people had become more insecure and dissatisfied.

“The National Police of Haiti and the Armed Forces of Haiti are in charge of the country’s security situation,” Joseph stated in a statement from his office. “The republic and democracy will triumph.”

The streets of the Caribbean nation’s capital, Port-au-Prince, were mostly deserted early Wednesday morning, but some individuals destroyed stores in one section.

Police have been dispatched to the National Palace and the affluent town of Pétionville, according to Joseph, and will be dispatched to additional places.

The assassination was described by Joseph as a “hateful, cruel, and disgusting crime.” He said that several of the assailants spoke Spanish, but he gave no additional details.

Haiti’s economic, political, and social problems have lately worsened, with gang violence escalating in the capital, Port-au-Prince, inflation rising, and food and gasoline becoming short at times in a nation where 60% of the population lives on less than $2 per day. These problems arise as Haiti continues to recover from the terrible earthquake of 2010 and Hurricane Matthew in 2016.

Mose, 53, has been ruled by decree for more than two years after the country’s Parliament was dissolved due to a lack of elections. Opposition leaders accuse him of attempting to expand his authority by signing decrees that limit the powers of a court that audits government contracts and another that establishes an intelligence agency that reports solely to the president.

In recent months, opposition leaders demanded that he step down, arguing that his term legally ended in February 2021. Moïse and supporters maintained that his term began when he took office in early 2017, following a chaotic election that forced the appointment of a provisional president to serve during a year-long gap.

Haiti was scheduled to hold general elections later this year.

Liquorose, Swanky Jerry & Others Are Up For E! People’s Choice Awards In The Category “African Social Star”