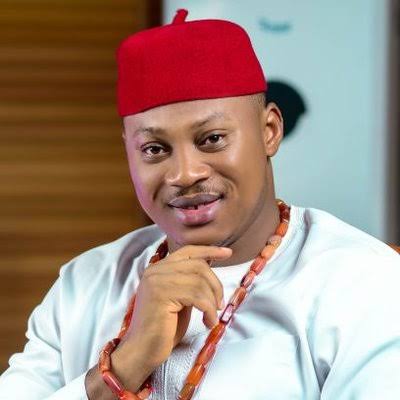 Dr. Victor Nnam, the Commissioner for Lands and Urban Development in Enugu, resigned on Friday.

Dr. Victor Nnam, the Commissioner for Lands and Urban Development in Enugu, resigned on Friday.

Nnam stated he resigned because the professional heads of his ministry’s departments were recently removed on punitive grounds.

He maintained that the directors who were fired were penalized for just doing their duties.

The former commissioner stated in a letter to Governor Ifeanyi Ugwuanyi on Friday that his conscience would not allow him to continue serving the administration while those departmental heads were dismissed from the ministry.

The letter reads: “Sir, when you appointed me the Commissioner of lands and Urban Development Enugu State in 2019, I accepted the appointment with the hope that I am going to be allowed to bring on board world best practice in land administration.

“I immediately proposed for an establishment of a Geographic Information Strategy (GIS) land administration system to enable the ministry stamp out land grabbers and create investors’ confidence in our land system. The proposal was rejected without explanation till date.

“However, the reason for my resignation is the recent removal of the professional heads of the department under me on punitive ground for simply doing their jobs diligently.

“My conscience will no longer allow me to continue to serve your administration, while those innocent professional senior civil servants are punished for doing the right thing.

“I herby resign my appointment as the Commissioner for Lands and Urban Development, Enugu State with effect from today, Friday 29 October. 2021 and submit the black Prado SUV, with plate number, 1ENSG 5712 to your office.

“Thank you your Excellency for giving me the opportunity to serve the people of Enugu State”.

Nnam’s resignation, however, was not unrelated to his efforts at the ministry, according to The Nation.

According to The Nation, Nnam was called by the House of Assembly last month in response to public petitions alleging chaotic land grabbing in the ministry.

Following the summons, lawmakers are said to have suggested to the Governor that he be fired.

A source told The Nation: “I think he got wind of our recommendation to the governor for his sack. That’s why he rushed to send that letter.”