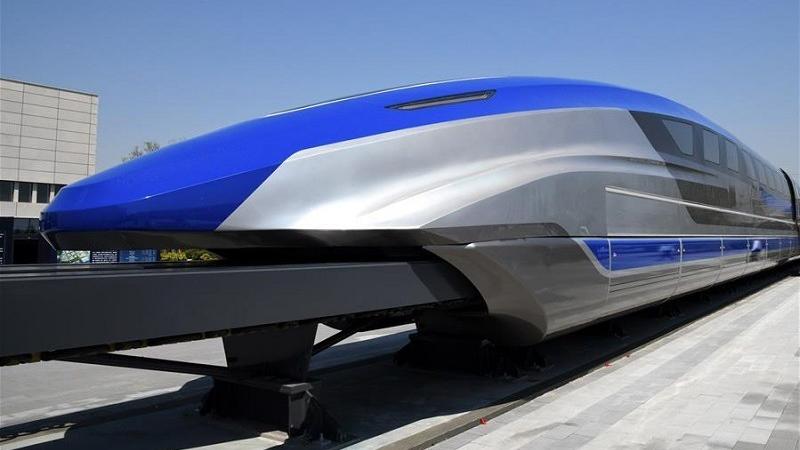 It is considered to be the fastest train in the world, being developed by China Railway Rolling Stock Corporation.

Maglev refers to magnetic levitation. There is an electromagnetic force which causes the train to appear to float above the tracks.

Media outlets show a prototype of the new maglev train in 2019.

China is aiming to connect more of its large cities via high-speed rail to reduce travel time and costs around the world’s most populous nation.

Currently, the average high-speed train in China can run at about 350 kph, while planes fly at 800-900 kph. The train unveiled in Qingdao this week could help fill this crucial middle ground.