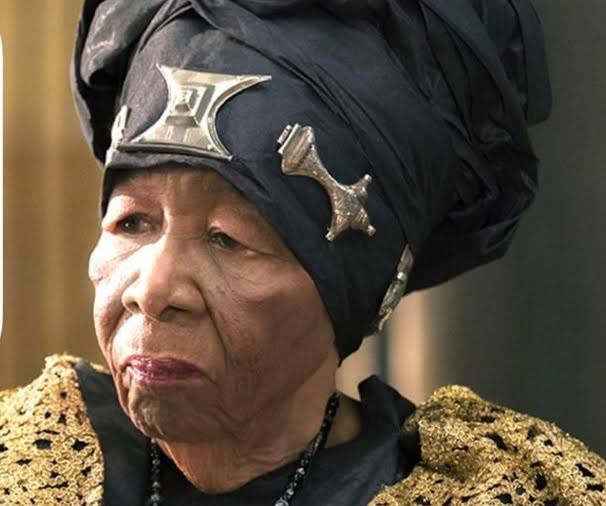 In the blockbuster Marvel film, the 95-year-old lady played one of the tribal elders.

Dorothy Steel, who starred in the film “Black Panther,” has died. The nonagenarian actress, who made her acting debut in the Marvel picture, died on Friday, October 15 from an illness that has yet to be confirmed.

Steel, who played the leader of the merchant tribe in the first film, was on the set of the sequel ‘Wakanda Forever,’ but was later brought back home to spend her dying moments with family, according to several sources.

Steel’s spokesperson told WSB-TV that she ‘went out strong,’ confirming her death.

‘Black Panther’ stars have paid respect to the actress on social media channels.

Lupita Nyong’O wrote on Instagram: “I will miss Miss Dorothy Steel on the Black Panther 2 set. She was weakest. Wildly witty and very very warm. She was dedicated to her role in the movie and showed up with delightful enthusiasm.”

Steel admitted to being hesitant about taking on the role in the Marvel blockbuster in a 2018 interview with Steve Harvey. Her grandson, on the other hand, encouraged her to audition.

“He said, ‘Grandma, you always talk about stepping out onto nothing, letting your faith take you there. Now how come you don’t do it yourself?’” Steel said. “He said, ‘Either you’re gonna step out there or you’re going to shut up.’

She went on to say that she spent hours rehearsing Nelson Mandela’s speeches in order to find the right tone for her role.