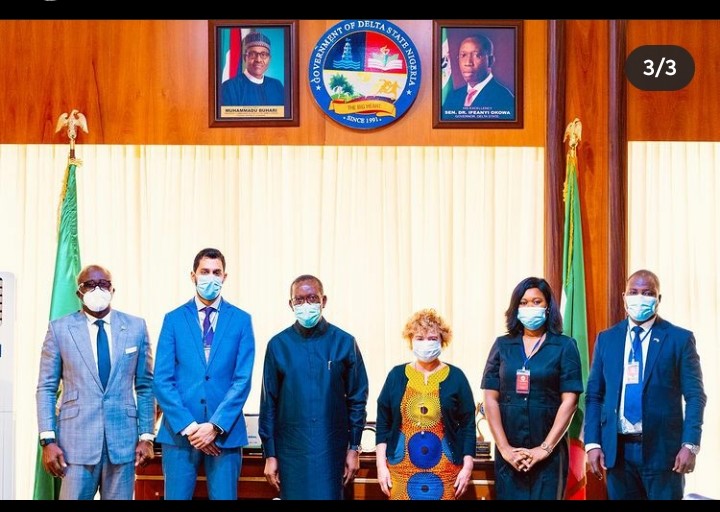 The UK placed Delta on a list of 12 Nigerian states that British residents should avoid visiting because of Boko Haram.

The Delta State Government is outraged by a recent travel advisory issued by the United Kingdom to its nationals in Nigeria.

At a news conference in Asaba, the state’s Commissioner for Information, Charles Aniagwu, voiced the state’s concern.

He stated that Governor Ifeanyi Okowa’s administration in the state places a high value on the protection of residents’ lives and property since it is the fundamental function of government.

The commissioner, who was accompanied by the Governor’s Chief Press Secretary, Olisa Ifeajika, advised the public and the foreign community to reject the advisory report since it is not in line with the state’s circumstances.

“In our five-point agenda security is the second item which involves meaningful peace-building and harmonious living among Deltans and their neighbours.

“In the last six and half years, we have tried as an administration to ensure that we have reasonable peace in our state.

“Fortunately, God has helped us because our people have cooperated with us and that has helped us in ensuring that we sustain the building of relevant infrastructure even as many persons are trooping into the state.

“Those of you who have been in our state capital and of course, Warri the commercial nerve centre of the state and indeed all the other local communities in Delta, can attest to the fact that Delta has been quite peaceful and that is why you have seen the influx of persons coming in to invest.

“We were taken aback as to why the British Foreign, Commonwealth and Development Office (FCDO) in their latest travel advisory report included Delta in the list of 12 states where they are asking their citizens not to visit on account of possible attack by Boko Haram.

“We want to believe that it was an error because just last month, precisely on September 21, the British High Commissioner to Nigeria, Ms Catriona Laing, was here in Delta.

“She lauded the state government in what we are doing and appreciated the fact that she was warmly welcomed and even visited some communities without any hitch or element of any report that points to the fact that her life was threatened. So, we couldn’t have imagined where this particular advisory came from.

“For the records, Delta is very safe; Delta is welcoming and we are available for both local and foreign investors. Delta is much more conducive for anybody to operate whether in terms of business, leisure, work or whatever is worth doing and justifiable in any reasonable human society.

“We have tried to build a very peaceful state because we realise that peace is the bedrock of whatever form of development you are bringing to bear and to add value to the lives of the people.

“As an administration we have continued along that trajectory to ensure that we evolve policies and programmes that will help us to ensure that there is peace all the way,” he said.

Aniagwu praised the traditional institution, the youths, and others in the state for their collaboration and support.

“We encourage the British authorities and indeed any other foreign national to continue to see reason to do business with Delta, travel down to Delta in terms of business, leisure and any other form of interaction.

“The state government will continue to ensure that there is peace and all of you who live in Delta can testify to the fact that Delta is one of the very few states in Nigeria today where there is night life.

“The reason why we have night life here is because there is a very high level of security in our state and apart from the efforts we have put in, we have enjoyed the grace of God and indeed the very unconditional support of the different segment of our society,” he said.