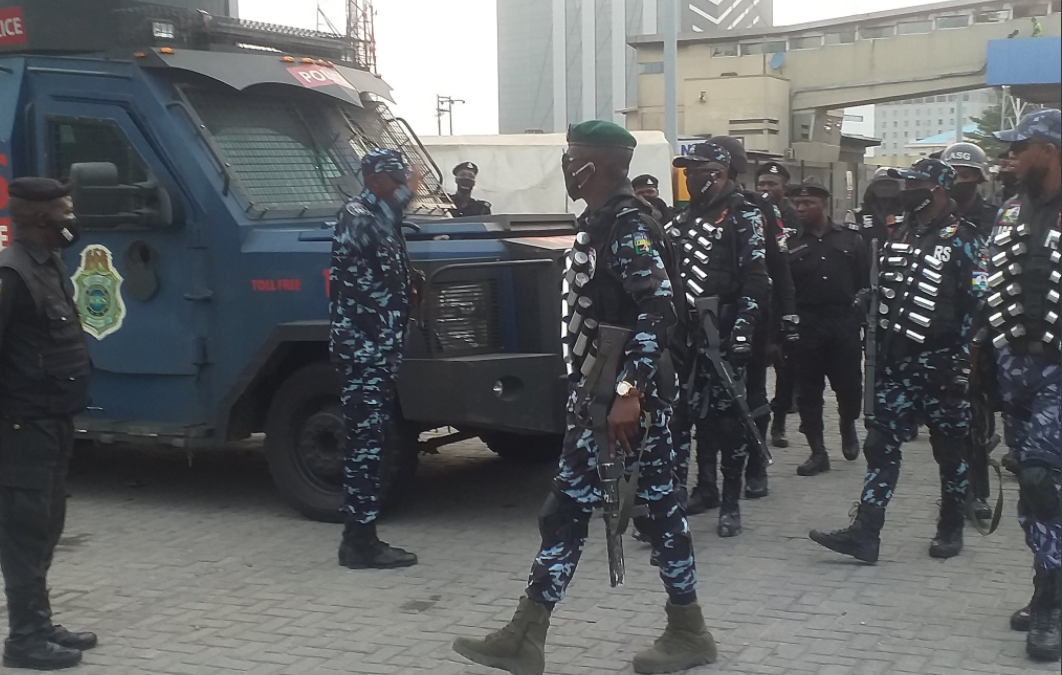 A large number of police officers have been deployed to the Lekki toll and environs.

On the one-year anniversary of the Lekki toll gate shooting on October 20, 2020, armed police officers have occupied most of Island Lagos.

At least one demonstrator had been detained and taken into a police van, and a journalist had been assaulted by security officials.

When military and police officers fired live bullets into a gathering of unarmed, nonviolent demonstrators at the Lekki toll in October 2020, the rallies against police brutality, extortion, and stereotyping ended in gunfire.

According to Amnesty International, at least 12 young people died that night, with other sources reporting a far higher death toll. Many others were also severely injured.

Arsonists and hoodlums took advantage of the resulting collapse of law and order to torch government property, buildings, and buses.

In the hours that followed, much of Lagos, Nigeria’s commercial hub, was enveloped in flames and smoke.

A judicial commission set up to look into the incident disbanded without presenting a report.

Young people have given out notice that a vehicle procession or drive-through protest would commence at 8 a.m. today, October 20, 2021, to remember the events of the time.

The Lagos State Police Command, on the other hand, has declared all protests in the city illegal, with Lagos Police Commissioner Hakeem Odumosu declaring on the night of the anniversary that only indoor or virtual protests will be permitted.

“Therefore, in the interest of security and public safety, the Commissioner of Police, CP Hakeem Odumosu, wishes to warn the organisers of the protests that the police will deploy all legitimate means to stop or neutralise the planned protests,” a statement from the police command in Lagos, reads. A swarm of police vehicles and staff have been surrounding the Lekki toll all week to back up their claim.

To clamp down on protestors, police personnel have been stationed at both Lekki toll booths.

Police personnel with keen eyes have been parading around Lagos, attempting to avert any crisis and prevent protests.