Home > News > ‘All Of Us Are Dead’ Trailer Features A Zombie-Infested High School. 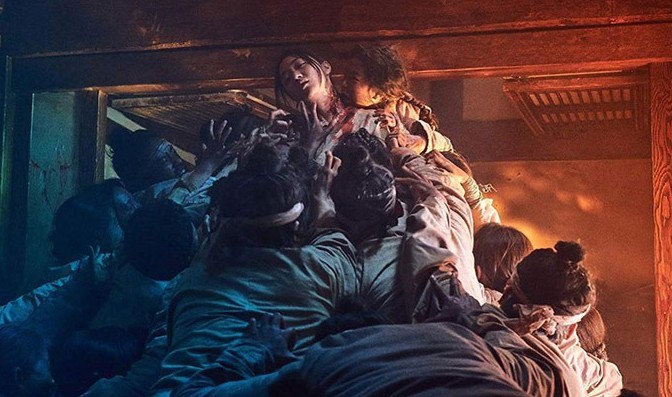 The Korean Horror Series will premiere on January 28

The first trailer for All of Us Are Dead, a new Korean horror series due to launch exclusively on Netflix later this month, has been released. All of Us Are Dead is based on Joo Dong-digital Geun’s comic Now at Our School and follows a group of kids as they attempt to live after their school is overrun with zombies.

The trailer contains some shocking scenes of a zombie outbreak inside and outside a high school.  The trailer also shows us bits of the new series, the makeup and special effects work is excellent, promising one of the craziest zombie productions in recent years. While the series is set in a high school, the trailer depicts how the zombie infection spreads throughout Korea.

The live-action adaptation is expected to expand on the narrative of the original webcomic, which was released between 2009 and 2011 and only has nine chapters, especially if Netflix plans to continue the series for a second season if the first one is a hit.

Lee JQ and Kim Nam-su directed the film All of Us Are Dead. All 12 episodes of the first season were written by Chun Sung-il. Yoon Chan-young, Park Ji-hoo, Cho Yi-hyun, Park Solomon, and Yoo In-soo are among the cast members of the series.