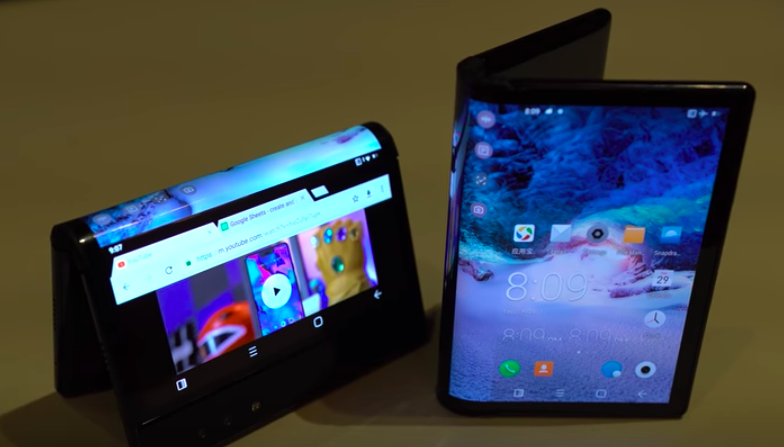 Top smartphone companies in China are reportedly switching to UTG (Ultra Thin Glass). . These OEMs will use these panels as voer windows On foldable phones launching in H2 2021.

According to a report by TheElec, Chinese companies will follow Samsung in switching from polyimide films to glasses for the cover window on foldable smartphones’ flexible display panels. While the first Galaxy Fold, which debuted in 2019, had polyimide panels, its sequel and following foldable devices, like as the Galaxy Z Flip, which debuted last year, used UTG panels.

Polyimide sheets have so far been found on every foldable handset from Chinese manufacturers. The Huawei Mate X2 and Xiaomi Mi MIX Fold, both released earlier this year, are examples of this.

However, UTG panels will be used in Chinese vendors’ foldable smartphones, which will be released in the second part of this year. According to reports, the Xiaomi will be released later this year and will include an 8.01-inch Samsung Display screen on the interior that is protected by UTG.

Similarly, Vivo is planning to release its own foldable smartphone in the fourth quarter of this year, which would include an 8-inch display on the inside. It will also come with UTG support for Samsung Display’s flexible panel.  Two other notable companies, are Honor and even Google, which is said to be launching a 7.6-inch inward folding smartphone.

The Acting Controller of the unit, Deputy Comptroller Hussein Ejibunu, told a news conference in Lagos on Friday that the seizure was among the 28 seizures made in the last three weeks. ... See MoreSee Less

Gov. Godwin Obaseki of Edo, has said that government would pay N190 million as compensation to victims of the 2020 EndSARS protests against police brutality, as recommended by the State Judicial Panel of Enquiry. ... See MoreSee Less

Obaseki says his administration has agreed to comply with the recommendations of the panel.
View on Facebook
· Share