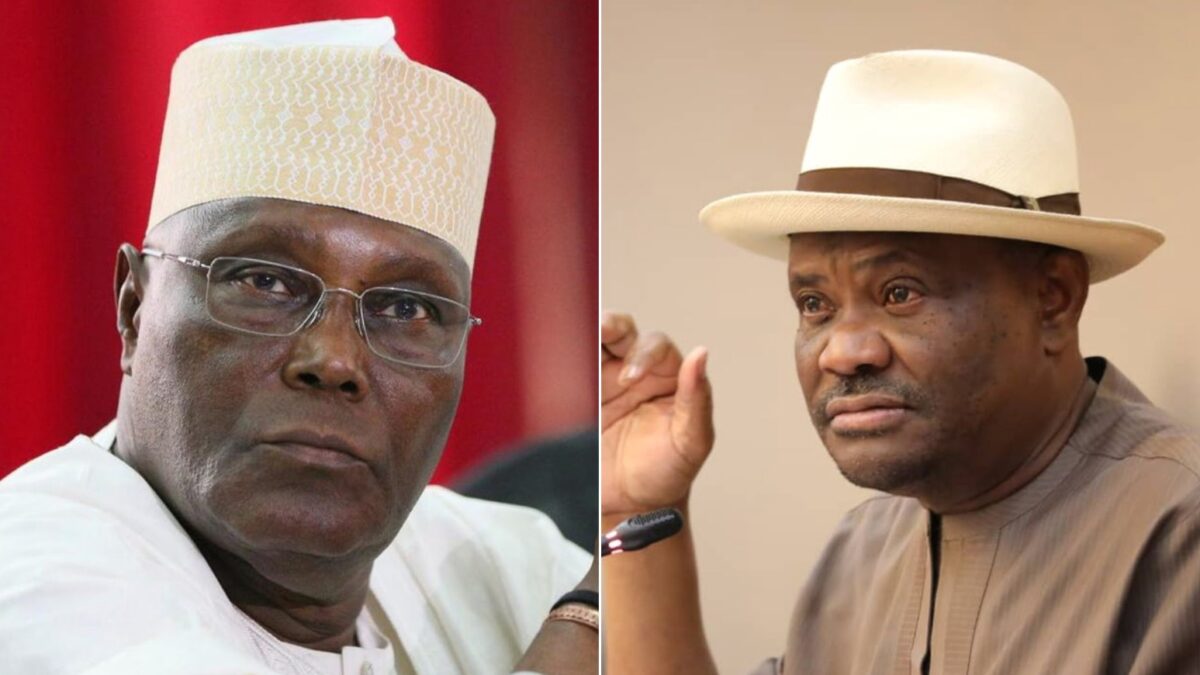 Prior to the 2023 general elections, members of the Rivers State Governor’s team reportedly made a commitment not to participate in Atiku’s campaign.

This happened after an early Wednesday morning meeting in Port Harcourt, the state capital of Rivers.

Prior to the 2023 general elections, members of the Rivers State Governor’s team reportedly made a commitment not to participate in Atiku’s campaign.

In order for them to reverse their decision, they insisted that Senator Iyorchia Ayu, the PDP’s National Chairman, must step down.

Ayu’s resignation as the party’s national chairman was demanded, and they claimed there was no turning back.

Displeased party chieftains, including party founders, governors, and past ministers, were present at the meeting.

For the sake of party justice, balance, and equality, they maintained, the position must be filled by someone from the South; as a result, they will not participate in Atiku Abubakar’s campaign council.

Additionally, they decide that the party’s interim chairman from the South will oversee the nation’s election campaign.

After a protracted meeting on Wednesday at Governor Wike’s private house outside Port Harcourt, they expressed their opinion in a resolution that was delivered by former deputy national chairman of the party, Chief Bode George.

They insisted that their stance was not negotiable since Ayu’s chairmanship threatened the party’s unity and fundamental principles.

The party’s presidential primaries on May 28 and 29 were allegedly compromised by Ayu’s actions, and the members said the released the presidential campaign council list amounted to placing the cart before the horse.

During his reading of the resolution, George expressed concern about the PDP’s internal conflict and urged the party to be prepared for it.

“We resolve that we are deeply concerned by the division in our party. We are aware that over the years our party has developed conflict resolution mechanisms that guarantee inclusiveness.

“The published presidential campaign council list translates to putting the cat before the horse. The pertinent issue remains the resolution of the leadership which is a departure of

“Consequently, we resolve not to participate in the campaign council in whatever capacity until the resignation of Dr. Iyorchia Ayu.”

Senator Jonah Jang, a supporter of Wike and a former governor of Plateau State, mocked Ayu for hugging Aminu Tanbuwal, the governor of Sokoto State, and dubbed him the convention’s hero.

According to Jang, Ayu’s behavior demonstrated that the primary’s results were predetermined in order to undercut the other competitors.

He said, “For a National Chairman, Senator Iyorchia Ayu to go and embrace Sokoto State Governor, Aminu Tanbuwal, calling him the hero of the convention meant that there was a private arrangement that was done with Tambuwal to shortchange other contestants including Governor Wike.

“Here was a referee, who helped one of his sides to score a goal and then blew the whistle. This is not what we formed the PDP to do for Nigerians. Therefore, we unequivocally ask that Ayu must step down.”

The group in favor of Wike claimed that their backing for him was motivated by party fairness and justice, not by Wike’s defeat in the presidential primary or the fact that Atiku picked him as his running mate.

“You cannot build on a faulty foundation,” said Prof. Jerry Gana, a former minister of information.

“This call for the chairman to step down or resign is not because any of us is aggrieved but because we believe it is important to ensure a just, fair, principled, and constitutional structure for the party. If we want to restructure Nigeria, we should have the courage to restructure our party”.

“We hope that the powers that be listen to the voice of reason and do the needful”. said Seyi Makinde, the governor of Oyo State.

Ladipoe And Rema Release A Video For ‘Afro Jigga’