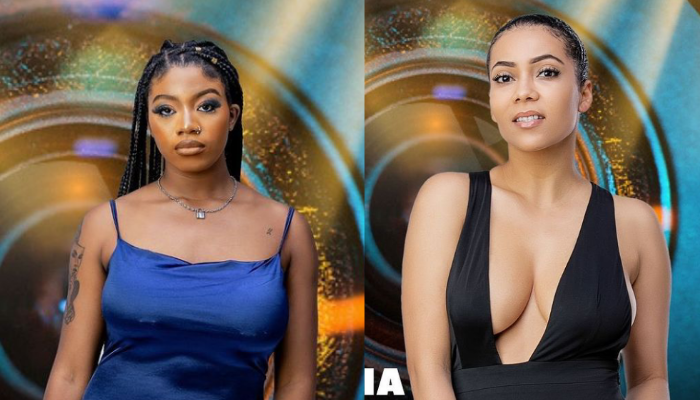 Angel father went live on Instagram, where he spoke with Maria and other previous season roommates.

Maria, a former Big Brother Naija contestant, has apologized to Angel’s father for remarks she made about his daughter on the show.

The apology took place at the BBNaija season six grand finale on Sunday night, during which Whitemoney was crowned the winner.

Following the main event, Angel father went live on Instagram, where he spoke with Maria and other previous season roommates.

He said hello to Maria, who explained that her statement about Angel on the broadcast was a misinterpretation.

Maria claimed that seeing Angel’s father makes her feel compelled to speak with him, and that she regrets her words and that she likes Angel.

Angel’s father assured her everything was Fine, and before parting, she told him, “You’re very handsome.” Oh, my God.”

Maria had accused Angel of breaching the girl code by going for Michael, whom Jackie B was drawn to, in the third week of the program.

Big Brother responded by asking Maria about her thoughts on males not respecting their spouses’ relationships and rejecting Angel’s approaches.

Maria, on the other hand, remarked that “boys will be boys,” a statement to which Angel’s father responded via his daughter’s Instagram account.

During a conversation with Nini and Peace in the Executive Lounge shortly after, Maria referred to Angel as a prostitute.

Michael would not date Angel, Maria claimed, since he views her as a prostitute. Maria received a lot of backlash for the statement at the time, but she said she was under the influence of alcohol.