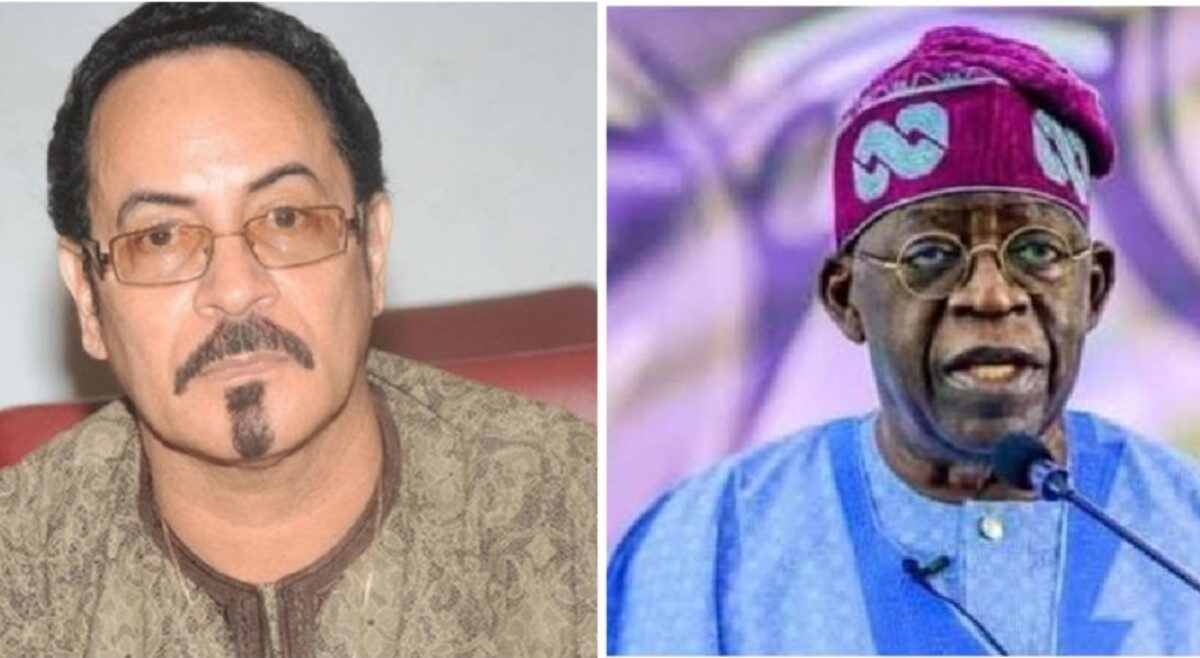 Tinubu Is Not Qualified To Rule Nigeria At 86 – Veteran Singer, Tee Mac

Tee Mac, who revealed that he was Tinubu’s in-law, remarked that the former Lagos governor’s whole life was too wrapped in mystery to be handed the responsibility of governing Nigeria.

Famous flutist and former president of the Performing Musicians Association of Nigeria (PMAN), Tee Mac Omatshola Iseli, has urged Nigerians not to support Bola Tinubu for president in the 2023 elections because he is older than he claims and hence unqualified to lead the nation.

Tee Mac, who revealed that he was Tinubu’s in-law, remarked that the former Lagos governor’s whole life was too wrapped in mystery to be handed the responsibility of governing Nigeria.

The artist says that Tinubu is 86 years old and not 70 in a Facebook response to a post by one Yemi Olakitan who was endorsing the politician.

As a result, he pleaded for Nigerians not to support him, emphasizing that given the many unresolved issues surrounding his life, he was unfit to serve as the nation’s president.

He noted, for example, that Tinubu’s age, origins, and means of income continue to be the subject of controversy.

“Anybody can choose any candidate, but an intelligent person will ask himself the question: do I choose rightly? Is the man qualified? Is he honest? Did he tell us the truth about his age, background, and how he made his money? Is this man healthy enough at 86 to take up the task of a totally run-down country?” Tee Mac said.

The flutist claims that after selling President Muhammadu Buhari to Nigerians in 2015, Tee Mac stopped going to see Tinubu and further claims that, despite being his in-law, he won’t back Tinubu’s goal to control Nigeria.

“You see, Tinubu is my in-law. His wife Remi is my cousin. Her Itsekiri mother and my Itsekiri mother are sisters. I had personally known Tinubu since the mid-1980s and even arranged for him to stay in my stepfather’s house (Sir Mobolaji Bank-Anthony) in London when he went into exile.

“I stopped supporting him and stopped family visits etc when he sold that Buhari to the nation in 2015. My advice to the nation is that this man is absolutely not qualified to become our next president,” he wrote.