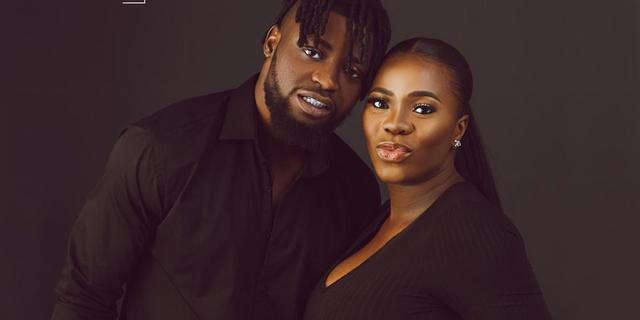 Iwalewa’s posts could be a hint that her marriage is in crisis.

Iwalewa Adedeji, the wife of Enimoney, a prominent Nigerian disc jockey, posted a strange statement on her Instagram page.

“There are times when I wonder what I must have done to deserve such a story. I fear sometimes that when I die and meet with God, He will say I disappointed Him, or offended Him, or failed Him. Maybe He’ll say I just never learned the lesson, or that I wasn’t grateful enough. But one thing I know for sure is this: He can never say that He did not know me,” she wrote.

“I am God’s downstairs neighbor, banging on the ceiling with a broomstick. I show up at His door every day. Sometimes with songs, sometimes with curses. Sometimes apologies, gifts, questions, demands. Sometimes I use my key under the mat to let myself in. Other times, I sulk outside until He opens the door to me Himself.”

Iwalewa continued to write about all of the accusations she had made, describing herself as a God’s friend.

“I have called Him a cheat and a liar, and I meant it. I have told Him I wanted to die, and I meant it. Tears have become the only prayer I know. Prayers roll over my nostrils and drip down my forearms. They fall to the ground as I reach for Him. These are the prayers I repeat night and day; sunrise, sunset,” she added.

“Call me bitter if you want to—that’s fair. Count me among the angry, the cynical, the offended, the hardened. But count me also among the friends of God. For I have seen Him in rare form. I have felt His exhale, laid in His shadow, squinted to read the message He wrote for me in the grout: “I’m sad too.”

“I remind myself that I’m praying to the God who let the Israelites stay lost for decades. They begged to arrive in the Promised Land, but instead, He let them wander, answering prayers they didn’t pray. For forty years, their shoes didn’t wear out. Fire lit their path each night. Every morning, He sent them mercy-bread from heaven.”

“I look hard for the answers to the prayers that I didn’t pray. I look for the mercy bread that He promised to bake fresh for me each morning. The Israelites called it manna, which means “what is it?” That’s the same question I’m asking—again, and again. There’s mercy here somewhere—but what is it? What is it? What is it?”

Iwalewa had previously expressed her dissatisfaction with her children’s “had to go through this” and how she planned to “move on from here” on her Instagram Stories.

Iwalewa has two children with DJ Enimoney. In the year 2020, they had their second kid.

His breakthrough track “Oya dab,” which featured Olamide, catapulted him to fame in 2016.