Home > News > ‘There Was An Attempt To Cover Up’ The Lekki Shooting, Says Lagos Judicial Panel 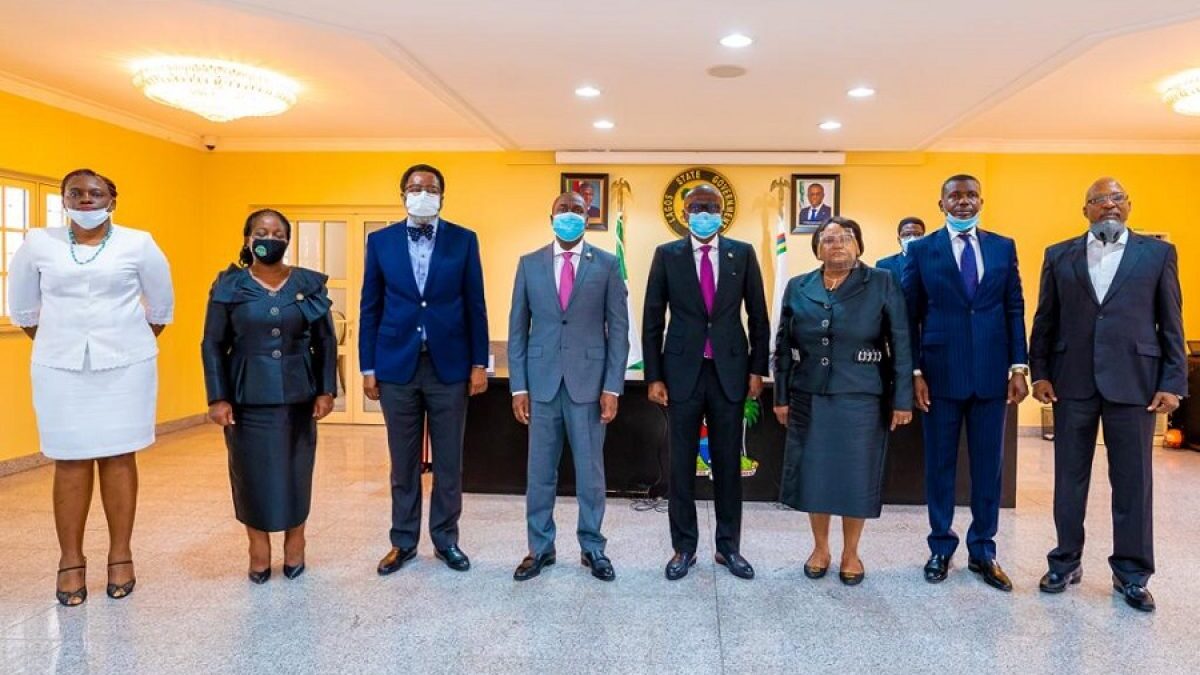 What occurred on the night of October 20, 2020, was a massacre, according to the panel.

The 8-member judicial panel of inquiry into the Lekki tollgate shooting of October 20, 2020, writes in its report to Lagos State Governor Babajide Sanwo-Olu on Monday, November 15, 2021:

“There was an attempt to cover up the incident of the 20th of October by the cleaning of the Lekki tollgate and the failure to preserve the scene ahead of the potential investigations.”

In its 309-page report, the panel also concluded that “the atrocious maiming and killing of unarmed, helpless and unresisting protesters, while sitting on the floor and waiving their Nigerian flags, while singing the National Anthem, can be equated to a massacre in context.”

Officers were also deployed to the tollgate, according to the panel, “shot at, assaulted and battered unarmed protesters.”

Police officers tried to hide their conduct by picking up gunshots, according to the panel’s report.

“The panel found that the Nigerian Police Force deployed its officers to the Lekki tollgate on the night of the 20th October, 2020 and between that night and the morning of the 21st of October, 2020, its officers shot at, assaulted and battered unarmed protesters, which led to injuries and deaths.

“The police officers also tried to cover up their actions by picking up bullets,” the report reads.

The Lekki Concession Company (LCC), according to the panel, failed to share crucial evidence that could have benefited its investigation.

LCC has also been accused of tampering with the CCTV footage shown to the panel during its deliberations.

The report reads as follows: “The panel found that LCC hampered the panel’s investigation by refusing to turn over some useful and vital information/evidence as requested by the panel and the forensic expert engaged by the panel, even where such information and evidence was by the company’s admission, available.

“It manipulated the incomplete CCTV Video footage of the Lekki tollgate on the night of the 20th of October 2020, which it tendered before the panel.”

The panel also recommended that officers of the army and police who participated in the “shooting, injuring and killing of unarmed protestors” should be sanctioned.

According to the report: “The denial of ambulances by the soldiers, which could have assisted in the prompt and effective treatment of injured protesters, was cruel and inhuman and it contributed immensely to the large number of deaths and casualties on the part of the protesters, especially those from the Lekki tollgate.

“The panel finds the cases of death or injured protesters as credible and uncontroverted.

“The panel finds that most EndSARS protesters and victims of the Lekki tollgate incident of October 20, 2020 were largely unwilling to be identified in public for fear of persecution or harassment by the security agencies and the government generally.

“Immediately after the protest, there was palpable fear that the Army and Police were visiting hospitals to ‘finish up’ the protesters to the extent that some of them could not return home immediately. Some of the protesters received threats and some were being trailed by unknown persons.”

The panel also suggested that the #EndSARS demonstrators who were killed, maimed, or traumatized by the tragedy receive a public apology.

“The panel also found that the conduct of the Nigerian Army was exacerbated by its refusal to allow ambulances render medical assistance to victims who required such assistance. The Army was also found not to have adhered to its own Rules of Engagement.

“The Panel found that the Nigerian Police Force deployed its officers to the Lekki Toll Gate on the night of the 20th October, 2020 and between that night and the morning of the 21st of October, 2020, its officers shot at, assaulted and battered unarmed protesters, which led to injuries and deaths.”

The panel also urged the administration to do everything possible to make the youths have faith in the government.

The panel recommends “that all those arrested in the course of the protest should be granted bail, prosecuted for any offence that may be alleged against them or where no prima facie evidence of culpability is disclosed upon due investigation, they should be released forthwith.”

Security personnel put an end to the nationwide anti-police brutality rallies in October 2020.

Following that, arsonists used the collapse in law and order to plunder and fire down government property and public facilities.