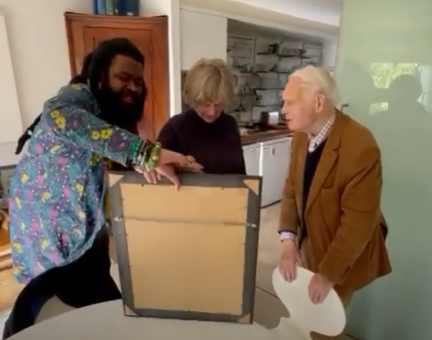 Nwelue is an award-winning author of over ten novels, a director of six films, and a bookseller.

Onyeka Nwelue, a Nigerian writer and filmmaker, has arrived at the University of Oxford as an Academic Visitor (Visiting Fellow) at the African Studies Centre, taking the place of His Highness Muhammad Sanusi II, the 14th Fulani Emir of Kano.

Hip-Hop is Only for Children, his nonfiction book, was named Creative Non-Fiction Book of the Year at the 2015 Nigerian Writers’ Awards.

Nwelue, who was born in 1988, is an award-winning author of over ten novels, a director of six films, and a bookseller. He created the James Currey Prize for African Literature and co-founded Abibiman Publishing, which just published his UK debut, The Strangers of Braamfontein.

In his letter of acceptance, Dr. David Pratten, Director of the African Studies Centre, stated:  “I am happy to inform you that the Management Committee of the African Studies Centre, University of Oxford, has approved your request for a Visiting Fellowship (Academic Visitor) at the Centre for the 2021-2022 academic year. The Fellowship was approved for between 1st of September 2021 to 30th of 22 August, 2022.”

He continued, “The fellowship targets accomplished men and women from Africa – and other continents around the world who are interested in Africa.”

Nwelue’s research will focus on James Currey, who co-founded the African Writers’ Series with Chinua Achebe under Heinemann Publishing.

Izu Ojukwu Returns With A New Film 'The Train From Kafanchan'