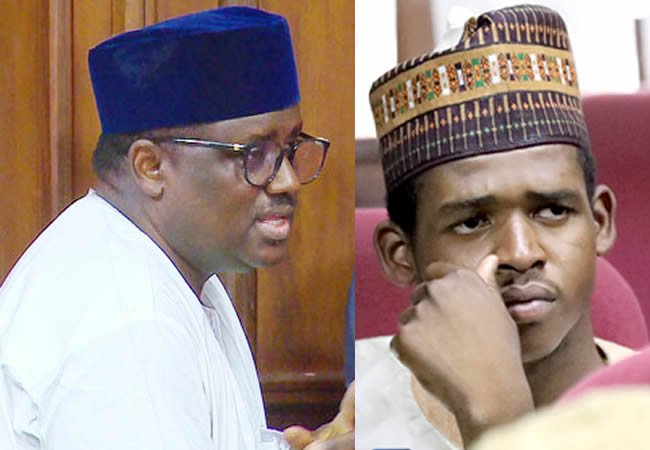 On Thursday, Justice Okon Abang of the Federal High Court in Abuja convicted and sentenced Faisal Maina, the son of the former Chairman of the Pension Reform Taskforce Team, to 14 years in jail.

The court ruled that the anti-graft agency effectively showed that Faisal used a bogus bank account with the United Bank for Africa to launder N58.1 million for his father, Maina.

According to the court, the defendant and his father systematically withdrew funds from an account operated in the name of Alhaji Faisal Farm 2 between October 2013 and June 2019.

Justice Abang stated that he was satisfied that the EFCC established all of the main elements of the allegation, emphasizing that Faisal had a realistic belief that the inflows into the bank account were the profits of his father’s illegal act of corruption.

The court ruled that the charge will be prosecuted concurrently beginning on Thursday.

The court ordered that Faisal, 21, who had failed to appear for his trial since June 24, 2020, be arrested anywhere in Nigeria and detained in any Correctional Service Center to serve his jail term immediately.

Abang went on to say that if the defendant was tracked down anywhere outside the country, the Federal Government, “shall legally or lawfully commence extradition proceeds to bring him into the country to serve the jail term.”

The court ruled that Alhaji Faisal Farm 2, the business through which the cash was laundered, be closed down and the funds in it forfeited to the government.

The Senate Clears The Air On Buhari's Nominee's Age Discrepancy