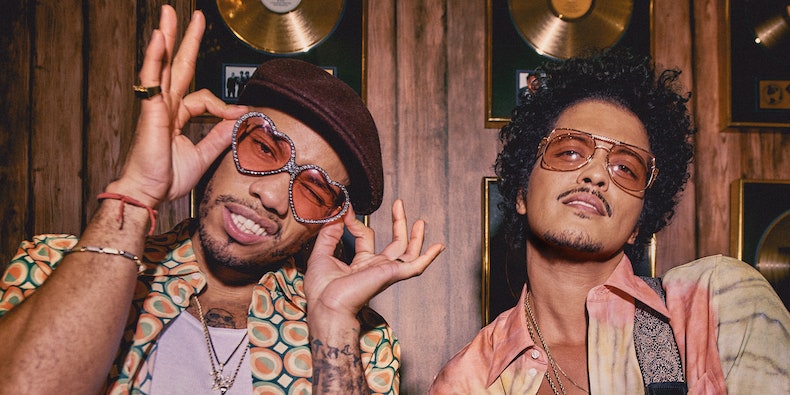 After debuting top-charting singles, the team has finally unveiled their latest work.

Silk Sonic, the well-known R&B duo, has just released their latest studio album, An Evening With Silk Sonic. The group has been on a roll since releasing their debut single, ‘Leave The Door Open,’ earlier this year, which caught the attention of fans all around the world. After a series of postponements that left fans disillusioned, this album finally came after rising up the charts and garnering followers who desired more songs from the group.

Anderson and Bruno Mars are two of the most well-known musicians in the world today. Paak established the group in 2017, when the two artists met on the road after performing in concert together. They only started releasing music earlier this year, with the release of the aforementioned tune. Other hits such as ‘Skate’ and ‘Smokin Out the Window’ have followed since then.

The band has already performed their first track on the 63rd Grammy Awards stage. Earlier this year, they received MTV Video Music Awards for Best R&B Song and Best Editing. The album is already available for listening on all major platforms and ascending the music rankings.

Their original brand of vintage R&B will undoubtedly restore the genre’s lost essence, which this generation of music fans has been missing out on. The ecstatic reactions they’ve received from all over the world are more than enough proof of that.