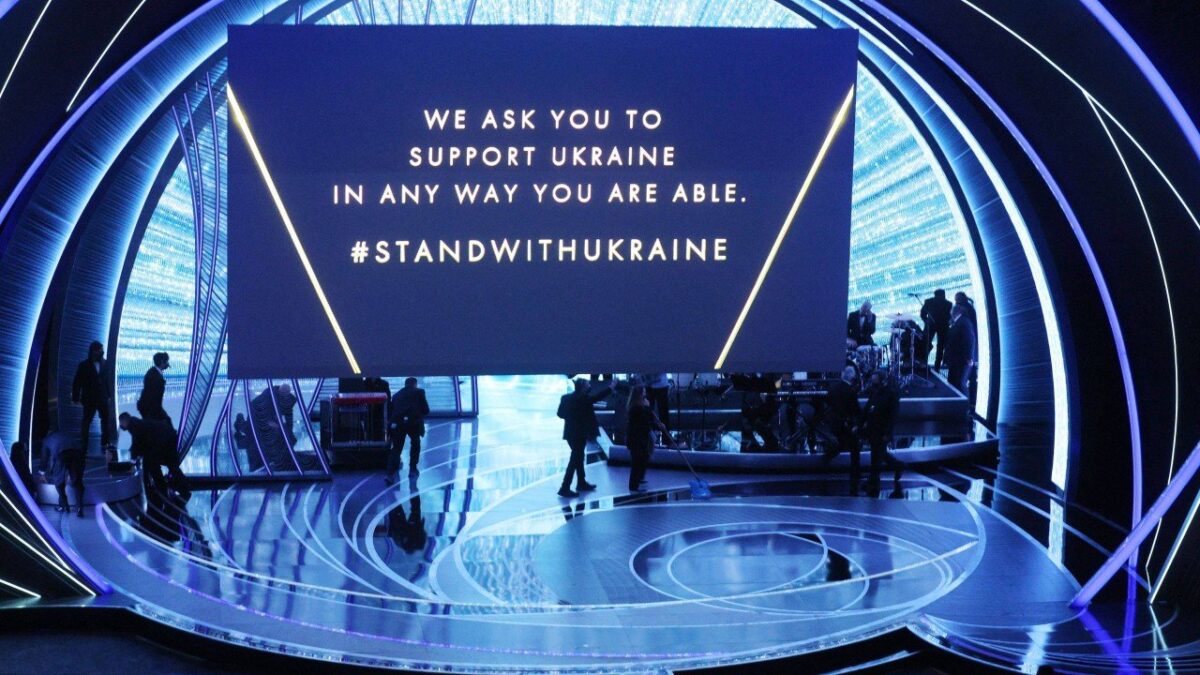 A moment of quiet and a plea for donations were added in the Oscar telecast to demonstrate solidarity for Ukraine.

The telecast switched to a screen with a printed message that read:

“We’d like to have a moment of silence to show our support for the people of Ukraine currently facing invasion, conflict and prejudice within their own borders,”. “While film is an important avenue for us to express our humanity in times of conflict, the reality is millions of families in Ukraine need food, medical care, clean water, and emergency services. Resources are scarce, and we — collectively as a global community — can do more.”

Mila Kunis, a well-known actress who was born in Ukraine, delivered an additional opening statement,  it’s impossible not to be moved by their resilience. One cannot help but be in awe of those find strength to keep fighting through unimaginable darkness.”

Ukrainian President Volodymyr Zelensky was expected to speak at the ceremony or make an appearance in some way. Despite the fact that the Ukrainian president and former TV star did not present on tonight’s show, sources say conversations between LA and Kyiv have been ongoing for weeks. As the Russian invasion enters its second month, Zelensky and his inner circle were amenable to the idea of a remote appearance, recognizing the significance of the Oscars’ platform and audience.

While producers and the Academy understood the significance of the moment in history, they were concerned that the ceremony would stray too far from the cinematic to the geopolitical in a year when both the movies and the Oscars are attempting to recover from the pandemic’s two-year impact.

Finally, it was decided to maintain the spotlight on Hollywood. However, the quick mention of Ukraine’s ongoing conflict is essential.