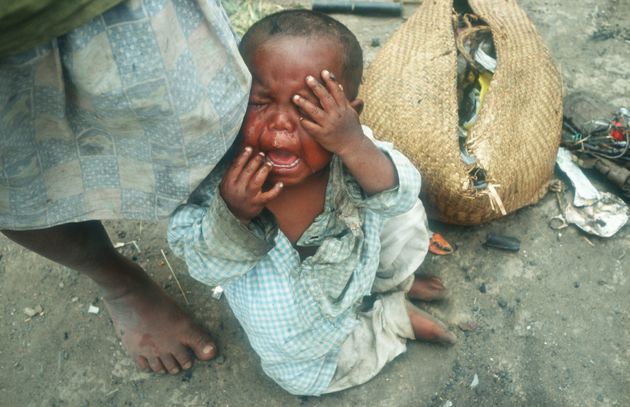 The UN’s World Food Programme (WFP) has warned that climate change is fueling a looming food catastrophe in southern Madagascar.

Back-to-back droughts on the African island, the worst in four decades, have driven 1.14 million people “to the brink of famine,” according to WFP executive director David Beasley in a news statement issued Wednesday.

“I encountered mothers and children who were clinging to life after walking for hours to reach our food distribution locations. These were the people who were in good enough health to make it “Beasley remarked.

“Families are suffering and people are already dying from severe hunger, and it’s not because of war or conflict; it’s because of climate change, and this is an area of the world that has done nothing to cause climate change, but now they’re the ones paying the highest price.”

“Now is the moment to rise up, act and maintain helping the Malagasy government to fight back the flow of climate change and preserve lives.”
The World Food Programme (WFP) has requested $78.6 million in order to deliver life-saving food during the upcoming lean season and avoid a worse disaster, according to the organization.

Beasley’s warning comes a day after the World Food Programme announced that 41 million people in 43 countries are on the verge of hunger, with 584,000 people in Madagascar, Ethiopia, South Sudan, Nigeria, Burkina Faso, and Yemen already facing famine-like circumstances.

This figure has risen from 27 million in 2019 to 35 million in 2020. Hunger is being driven up by conflict, climate change, and economic shocks, according to the World Food Programme, with the strains on food security being exacerbated this year by high price hikes for basic goods.

The World Food Programme (WFP) estimates that it will need approximately $6 billion to deliver life-saving food and nutritional support to 139 million people this year, in what it calls “the largest operation in its history.”

I lied to my mum about graduating from University.