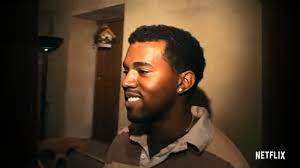 Netflix released the first look at the Kanye West documentary in September, and it’s due to broadcast in February. We can now understand what the streaming giant meant when it called it a “landmark documentary,” thanks to the magnitude of jeen-yuhs: Netflix and Iconic Events Releasing today announced a Kanye Trilogy. The documentary will span 20 years of the world-famous rapper’s life and career.

Jeen-yuhs will be a three-part event, as the name implies, bringing its significance to a whole new level. Three different films appear to be a suitable match for a documentary that spans two decades, since West’s contribution to music and culture, as well as his controversial character, are a touch too complicated for a short timeframe.

A Kanye Trilogy will also have a special premiere: jeen-yuhs, the first half of the documentary will be shown at the virtual Sundance Film Festival later this month, according to Iconic Events Releasing. After that, on February 10th, the documentary’s first segment (called “Act I”) will be released in theaters around the country. Then, over the course of three weeks, Netflix will release jeen-yuhs: A Kanye Trilogy on February 16th.

The three sections of jeen-yuhs are as follows: Coodie Simmons and Chick Ozah, who have tracked Kanye’s career and musical effect over the years and made a music video for the artist’s popular tune “Jesus Walks,” directed A Kanye Trilogy. They’ve also filmed music videos for musicians like Pitbull and Erykah Badu, as well as a feature documentary about former NBA star Stephon Marbury called A Kid from Coney Island.

Watch the Teaser below:

'Grey's Anatomy' Has Been Renewed For Season 19

'Catch The Fair One' Trailer Shows A Fighting Former Boxer