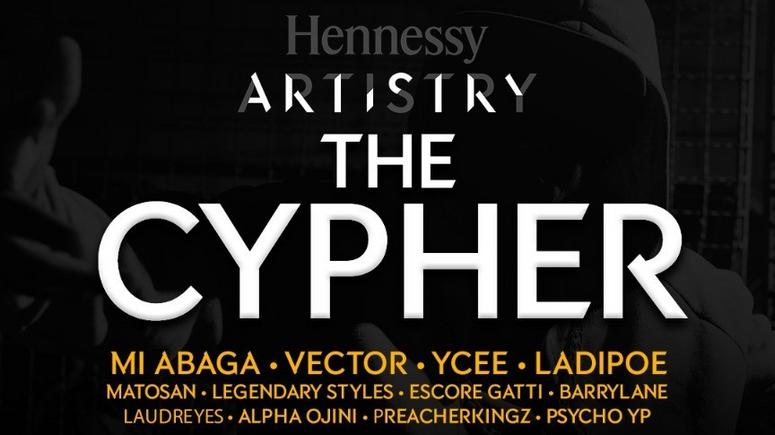 Psycho YP, Alpha Ojini, Legendary Styles and Barry Lane are part of the artists in the 2021 Hennessy Artistry Class.

PsychoYP
Nicholas Ihua-Maduenyi, better known by his stage name PsychoYP, is a Nigerian trap/hip-hop artist with a big underground hip-hop fan base of new age music fans in Nigeria. His rap career began in 2016 with the publication of his “Lost in The Sauce” EP, and he was born and raised in Abuja. The multi-talented artist’s sound spans trap, rap, grime, R&B, and hip-hop genres.

He was the most featured artist in Nigeria in 2020, having appeared on over 34 released songs as one of Nigeria’s fastest-rising rappers.
His sophomore mixtape, “YPSZN2,” was nominated for “Best Rap Album” at the 14th Headies Awards in 2019.

His music has received over 15 million listens across all digital platforms, and his biggest singles include “OGA (remix)” with YCEE, Dremo, and Blaqbonez, as well as “National Anthem.”
PsychoYP, dubbed the “Fresh Prince of Nigerian Rap,” is charting his course to the top of the new wave of urban music in Nigeria and beyond.

Alpha Ojini
Alpha Ojini, whose real name is Ebuka Alex Ojini-Ntamere, is a Nigerian musical artist who works as a rapper, producer, and sound engineer. In 2010, he published his first studio album, “No Silence,” a 10-track self-produced production.

In 2011, he released “The Road to R.U.S.H,” a 10-track collection consisting solely of covers of popular songs, which he recorded in a 4-hour session, which is incredible.
Alpha’s third body of work, “My Own Horns: The JazzRap Project,” is a 6-track self-produced EP.

In 2019, he released “Chvmeleon,” a highly anticipated rap album that has received over 2 million streams on various music platforms across the world.
MI, Blaqbonez, Hotyce, Oxlade, Ycee, and PsychoYP are just a few of the big names he’s worked with.

Legendary Styles
Onwusonye Samuel Ikokwu, better known by his stage name Legendary Styles, is a rapper and singer from Imo State. He began singing and rapping at a young age, using various instruments that he heard on his SEGA game console.

He had recorded several songs but did not release any until 2021, when he chose to prioritize music.
His first single was a great hit, and he was determined to take over the music world by inventing a new kind of music called “Afro-Drill.”

In his first single “Loose Guard (I see, I see),” he exhibits these talents and diversity, which is supplemented by a lively dance to go with the music. Legendary Styles raps in both English and Igbo in every song, staying loyal to his style.

Barry Lane
Barrylane is the stage name of Ogunlana Oluwasegun Obaro, who started rapping at the age of 12.
He grew up listening to Notorious BIG, DMX, and Snoop Dogg, who influenced his love of rap music and inspired him to pursue it.
He and his pals participated in street rap battles, where he honed his rap skills. Barrylane sprang to prominence after winning the 2018 Hennessy Artistry VS Class, and he credits this for the most of his success.
Listening to Kendrick Lamar, Eminem, and Kanye West gives him inspiration, and their diverse approaches have helped him discover his own.

The Cyphers will air on YouTube @HennessyNigeria every Tuesday starting September 21st for three weeks.
The Hennessy Cyphers will also be shown on Trace Naija, DSTV channel 325.

'On My Block' Returns For Season Four On Netflix