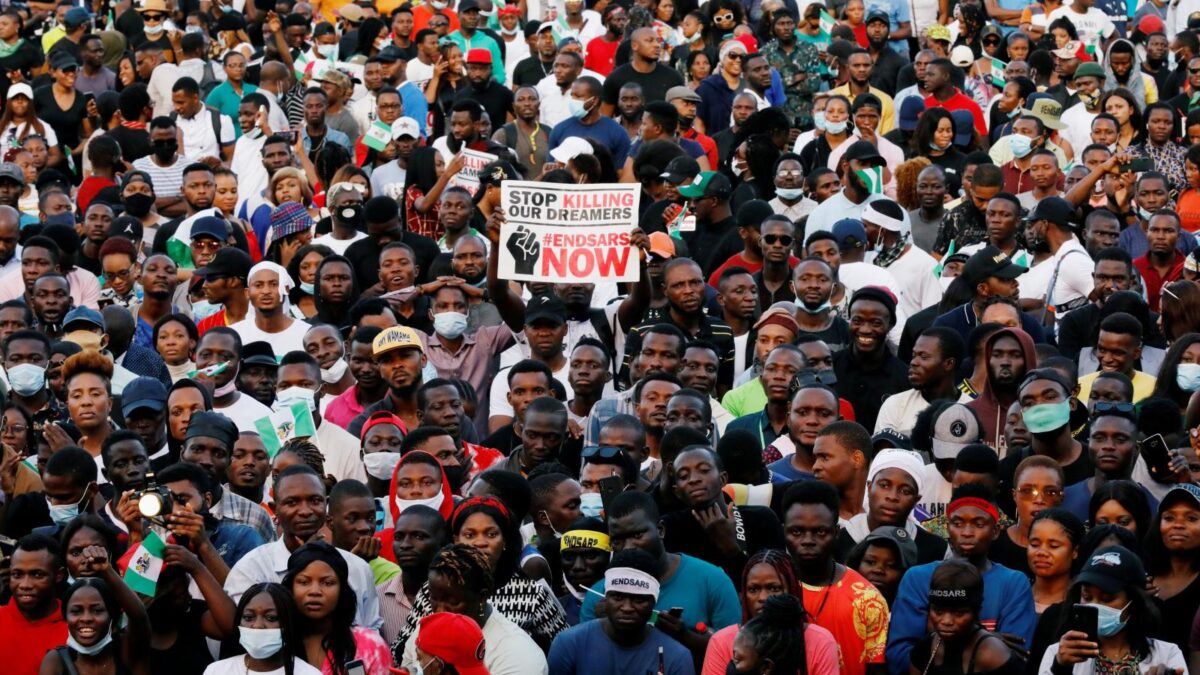 Festac Weekly, a media organisation in Lagos, says it will give awards to 50 youths in Amuwo Odofin for protecting their communities against violence and vandalism during 2020 #EndSARS protest.

He noted that those to be honoured would be referred to as “Alphas.”

“These Alphas ensured that violence and carnage experienced across communities in Nigeria during 2020 #EndSARS did not break out in Amuwo Odofin.

“They mobilised their generation to protect the local government and public places against foreign elements.

“It is on record and worthy of mention that Amuwo Odofin was amongst the very few peaceful communities across Nigeria during the period of the #EndSARS saga,” he said.

Mr Gbenga Akinbinu, Coordinator of National Youth Council of Nigeria (NYCN), Amuwo Odofin Chapter, said celebrating 50 youths for their contributions to the development of the community would encourage others to do more.

He said nominations would be done by members of the community, through various channels while the final list of nominees will be selected by the award panel.

”The channels are; Amuwoinfluential.50’ on Instagram, amuwoinfluential@gmail.com and sending an SMS on 08087695445, for the names and reason for nomination,” he said.

Mr Adeyemi Ayilara, President, Amuwo Odofin Residents and Landlords Association, told the News Agency of Nigeria (NAN) that the organisers had been progressive in their selection of award recipients.

Ayilara, a former recipient, said the award he received was a challenge and motivated him to do more for the community.

He urged the youth to be focused and stay out of trouble.

Lil Kesh Releases A Teaser For A New Single