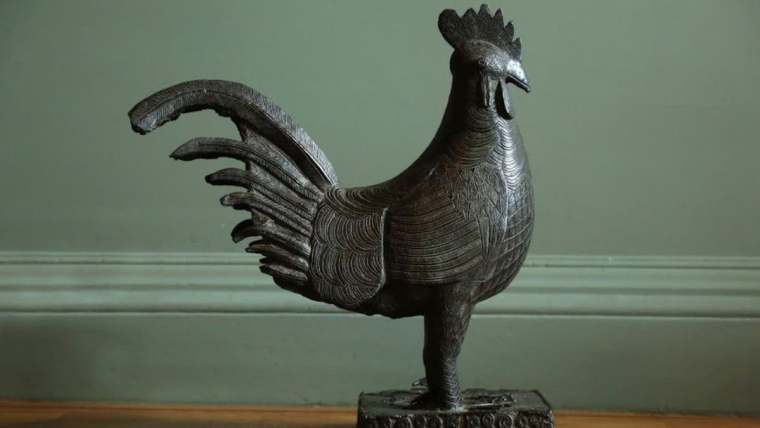 In 1905, the artifact was given to the college by the parent of a student.

An artifact taken from Nigeria over a century ago has been returned to the country by Jesus College, University of Cambridge.

When British forces attacked Benin City during an expedition in 1897, thousands of items were looted, and many of them have since been distributed around the world.

On Wednesday, October 27, 2021, Jesus College held a ceremony to return the Okukur, a cockerel artifact, to the Royal Court of Benin.

It was presented to Professor Abba Issa Tijani of Nigeria’s National Commission for Museums and Monuments (NCMM) and delegates from Benin.

The artifact had been given to the institution by the father of a student in 1905, and the college’s student body led a campaign to return it.

“This is the right thing to do out of respect for the unique heritage value and history of this artefact,” Master of Jesus College, Sonita Alleyne (OBE), said.

Several museums and other institutions in the UK, US, and Germany have lately declared plans to return other artifacts taken from Benin City.

“We would like other museums and institutions across the world to take this opportunity and follow suit,” Prof. Tijani said at Wednesday’s ceremony.