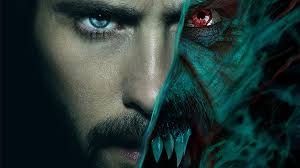 The Sony movie was supposed to be out this month.

The first Marvel movie of 2022 will be released in April, but fans will have to wait until then. The company revealed its intention to delay the release of Morbius earlier this year. In Sony’s Spiderman world, a live-action version of a living vampire.

This is not the first, nor the second, nor the third postponement. The film was meant to hit theaters on July 10, 2020, but it was postponed owing to the COVID-19 epidemic, which shut down cinemas throughout the world.

As the epidemic progressed, “Morbius” went through three different release dates. The debut was set for July 31, 2020, then March 19, 2021, then October 8, 2021, and ultimately January 28, 2022, which we felt would be the final, until the current development owing to the raging COVID-19 variants.

In the film, Jared Leto plays antihero Michael Morbius, who takes a dangerous risk in order to heal a rare blood condition, which forces him to become increasingly aware of his own darkness. Matt Smith, Adria Arjona, Jared Harris, Al Madrigal, and Tyrese Gibson feature in “Morbius,” directed by Daniel Espinosa.

Following Venom 2: Let There Be Carnage and Kraven The Hunter movie, Morbius’s postponement may put a temporary halt to Sony’s momentum. Nonetheless, the amount of attention and buzz around the film will almost certainly help it perform well at the box office when it is released.

This is mostly due to the fact that Spiderman: No Way Home is still in theaters and performing well. Sony and Marvel officials appear to be avoiding competition for their films while also taking public health and safety into consideration.

Morbius will be released in theaters in April, one month before the next MCU film, Doctor Strange in the Multiverse of Madness, which is set to be another epic blockbuster. We are hoping that it will not be postponed.