Home > News > Jega, Utomi, And Others Form Nonpartisan Coalition Ahead Of Elections In 2023 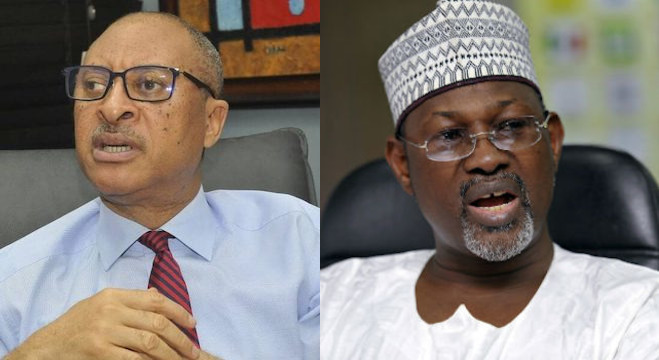 Prof. Utomi encourages Nigerians to embrace the effort in order to free their country’s politics from the grasp of greedy people.

Prof. Attahiru Jega, former chairman of the Independent National Electoral Commission (INEC), and Prof. Pat Utomi, a leading political economist, have announced a non-partisan coalition ahead of the 2023 general elections.

The alliance, which is led by the National Consultative Front (NCF), aims to increase support for legislation that would allow for the electronic transmission of election results.

During his speech, Jega emphasized the significance of a legal framework in ensuring election integrity, stating that a weakened INEC would result in a weakened electoral framework.

He argued that any election process’s integrity or lack of begins with the rules that govern it.

“To ensure that the preference of Nigerians is brought to bear on the process, apart from the issue of electronic transmission, there are other issues.

“An election that must have integrity must have a framework that has integrity, that is why we are calling on members of the National Assembly to pass this legislation.

“If you have a weak electoral framework then you have weakened INEC. INEC should also be made accountable,” Jega said.

Utomi, for one, encouraged Nigerians to move beyond conducting talk shops and donate as low as N5 to the effort.

He also encouraged Nigerians to endorse the movement in order to free their country’s politics from the grasp of greedy people.