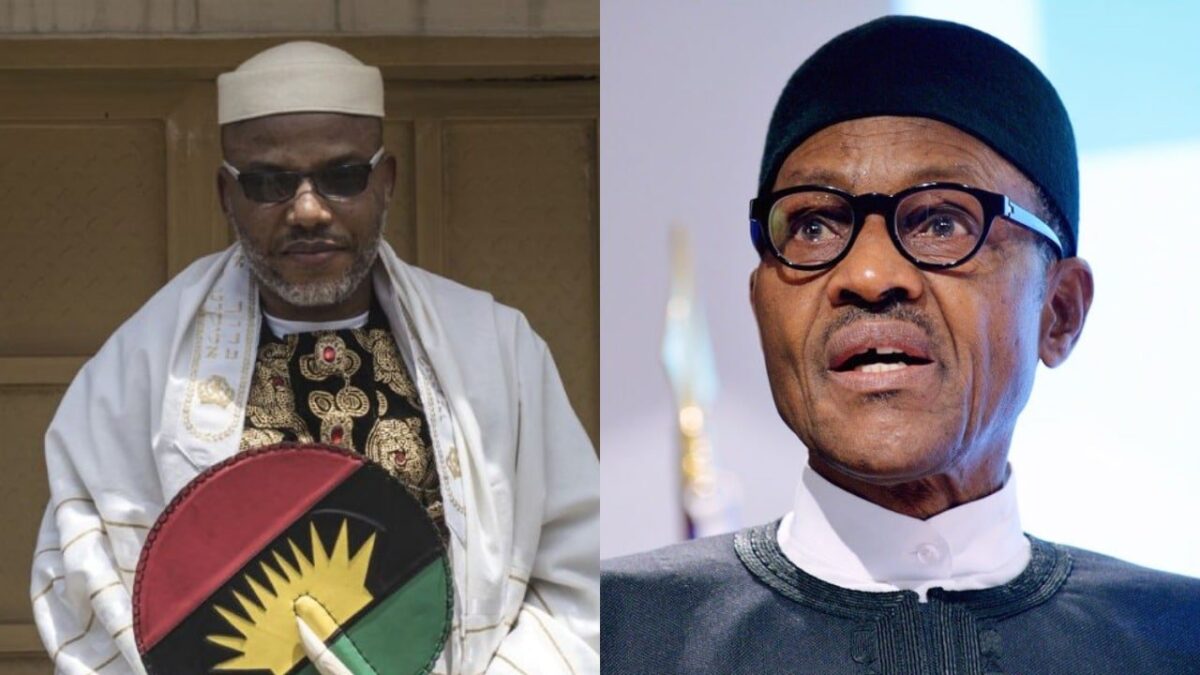 Based on the current President Muhammadu Buhari’s regime, Nigerian separatist leader Nnamdi Kanu orchestrated the deaths of 60 people and the destruction of property in 55 violent attacks across the South East and South-South Zones in just four months.

In a letter to Western embassies, the federal administration claimed this. The letter, dated April 26, 2021, described the atrocities carried out by IPOB on Mr. Kanu’s orders while he was in exile.

IPOB’s attacks on people and property between January and April 2021 were enumerated in one of the letter’s attachments.

It was highlighted that following numerous of Mr. Kanu’s broadcasts from Europe, officials were concerned that some western countries were supporting IPOB’s violent conduct under the cover of the group’s quest for self-determination.

The regime interpreted this action as “justifying the development of a militia by a non-state actor while glossing over IPOB and the ESN’s disruptive and violent conduct.”

”In less than four months this year, IPOB has carried out over 55 violent actions in various regions of South-East Nigeria, killing dozens of people and damaging a large number of properties,” the demarche continued. Indeed, it appears that Nnamdi Kanu, the self-declared leader of IPOB, has been emboldened by the (Western nation’s) position.

”As recently as April 22, 2021, Mr. Kanu gave a series of orders to his militia and other members of the proscribed organization on acts of violence to be carried out within the territory of Nigeria, broadcasting online from his base in London.”

It further stated that IPOB militants increased their attacks on the selected targets as a result of the instructions, claiming that Mr. Kanu gave the orders via Radio Biafra from Western capitals.

President Buhari’s government also warned the Western countries that their stance could have encouraged Mr. Kanu and accelerated IPOB’s assaults.

Mr. Kanu was apprehended and re-arraigned before Justice Binta Nyako of a Federal High Court in Abuja on Tuesday after he skipped bail and fled the country in 2017.