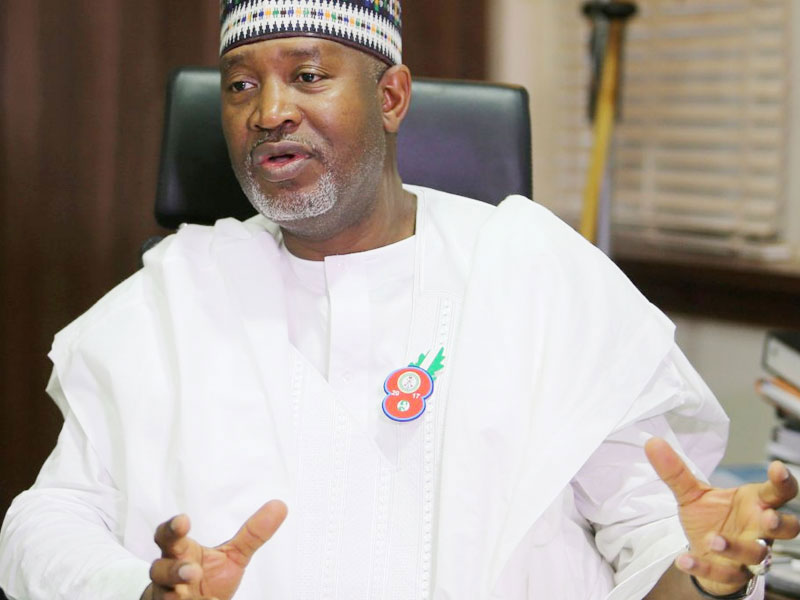 Aerospace University will soon be created by the Federal government to tackle the issues facing skilled and qualified workers in the national aviation sector.

Minister Hadi Sirika made this public at the weekly ministerial press briefing, held in the presidential palace, Abuja, by the President’s spokesperson, Mr Femi Adesina

The university would be a high class and collaborate with prominent institutions, Sirika stated.

“Civil aviation alone  can support our economy, believe me. Ethiopia is half-Nigeria, there are 85 million people and their major source of income and economy is Ethiopian Airlines.

“But we have seen that we are not producing anything out of civil aviation and all the aviation ventures in the country keep collapsing and that has compounded the problem. We attribute that to the lack of capacity to manage.

“So we are going to establish the institution in partnership with the International Civil Aviation Organization (ICAO), other friendly countries and some universities around the world.

“So, it will be a world class university and there is a small team working on it now. We have submitted our concept notes to the Nigerian Universities Commission and it is being attended to.

“I think this university will come up very soon, before the end of the year. The Minister of the FCT has given us the land. It will be half online and half real time studies.”

He expressed optimisim that the institution will enhance its operations and create necessary workforce in the aviation sector when it is in operation.

“We started this journey in civil aviation with countries like Brazil.

“We started our own in Zaria in 1963, with a partnership between Nigerian government and the UNDP and since then, till now, we don’t produce even rivets as a nation but Brazil that we started with is now producing all sorts of aircrafts.

“So, we think that we should have a university to go deeply into research and development and create those opportunities within our sector and turn out those young men and women with good brains to go into the venture of aerospace and aviation,” he said.

The Minister has stated that the carrier will be on board in 2022 on the projected national carrier for the country.

He added, “Nigerians should believe that we can produce a very strong carrier that is the scale of our economy and we are on track.

“We have nearly passed the project’s stage, finished Outline Business Case (OBC) creation, have an ICRC compliance certificate and we want to take the OBC back to the Federal Executive Council maybe by next Wednesday. “The OBC is not yet fully developed,” he said.

“We’re talking about it and we’re going to get the best deal for Nigerians because the market there,” he says.

According to the Minister, everything is being done to increase the affordability of air transport for residents, by improving facilities and services.

“There are more than 200 million highly mobile countries in Nigeria. In the first place, therefore, we are developing the infrastructure which will make civil aviation work.

“And it will enhance service availability once it is done and it will assist to reduce costs since there is more supply,” he added.

He stated that all the accomplishments he listed were incorporated in an aviation industry plan, which President Muhammadu Buhari has subsequently endorsed. (NAN)

We are "not scared" of playing England at Wembley, Bonucci warns