Home > Sport > We are “not scared” of playing England at Wembley, Bonucci warns 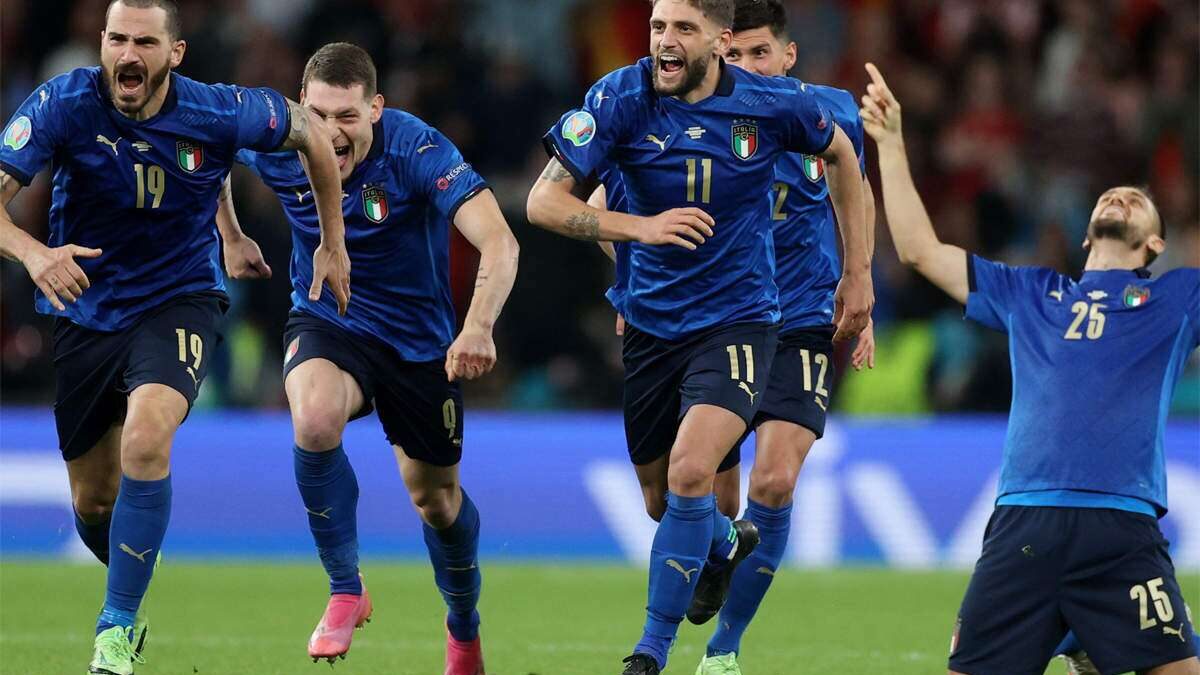 Italy’s defender Leonardo Bonucci has cautioned that they would not be frightened to face hosts England in the Euro 2020 final on Sunday.

Italy is aiming for a second European title after 1968, whereas England has never won the continental competition, with their sole major prize being the 1966 World Cup, which they won at Wembley Stadium.

“We are not scared to play at their place,” the 34-year-old Juventus centre-back said during a news conference on Friday.

“All we care about is playing football and having a good time. The rest is simply nonsense. Italy, England, and the officials will put on the finest display for European and world football on the pitch.

“Even though the majority of the supporters will be English, we are excited to take the pitch. We want to accomplish something historic, put on a spectacular show, and then see where it goes.”

Bonucci grinned as he said, “Young against elderly guys…”

“Kane? We’re not just finding him now; he’s been doing great things for Tottenham Hotspur in England for years.

“In the previous three games, we’ve had the good fortune to play against three of the finest attackers in the world (Romelu Lukaku, Alvaro Morata and Kane). It’s simply another reason to refuse to give in.

“They have a really strong striker, so we’ll have to keep an eye on them, as well as the defense and the rest of the squad.

“We are aware of the challenges they can provide, and we will have to be cautious of their speed.”

Only Bonucci and Chiellini remain from the Italy team that lost to Spain in the Euro 2012 final, with coach Roberto Mancini taking over in 2018 following the country’s failure to qualify for the World Cup that year.

“Mancini pushed us from the beginning,” Bonucci added. “We could sense everyone’s yearning to start over there.