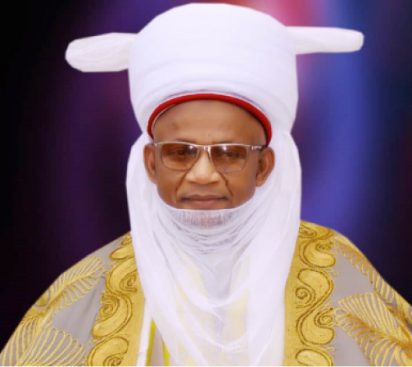 Yahaya Abubakar, Chairman of the Niger State Council of Traditional Rulers and Etsu Nupe, has stated that security is everyone’s business and that Nigerians must help security agents in guaranteeing the safety of lives and property.

Mr Monday Bala-Kuryas, the newly posted Commissioner of Police in Niger State, paid Etsu Nupe a courtesy call at his palace in Bida on Wednesday.

The monarch stated that assistance is required in order for security services to effectively tackle the country’s numerous security issues.

He praised the security services for doing their best in the face of severe personnel, logistical, and equipment shortages.

The Emirate’s District and Village Heads were forming long-term synergies with security services, according to Etsu.

“They are routinely passing credible intelligence information which is also being sent to the appropriate authorities. The right actions are always taken and most of the crimes are nipped in the bud.

“I am assuring you that this level of support would be sustained, as without peace and security the nation cannot develop,” Abubakar said.

Kuryas has previously asked residents of the state to continue providing helpful information to the police in order to keep the fight against crime and criminality going.

“The emirate is the most peaceful in the state,” he said, praising the Etsu Nupe for the relative peace in his dominion.

He pledged to make the Emirate more peaceful and urged traditional institutions to join him in combating crime and criminality.

The CP informed the emir that he was in his palace to seek his royal permission, and that the police would not overlook the role of traditional institutions in complementing security agents’ efforts to prevent criminal activity.