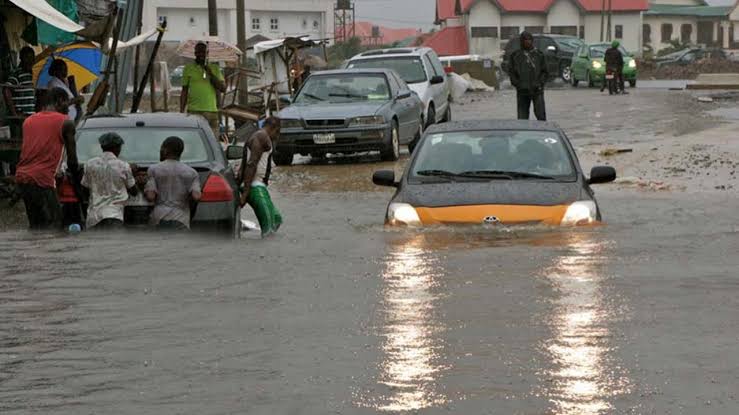 Disaster in lagos as massive flood sweets off lives and property.
News

As the city of Lagos continues to be ravaged by floods throughout the rainy season, CNN has issued a scathing study forecasting the city’s future

According to the research, as sea levels rise owing to climate change, Lagos, which has a population of 24 million people, may become uninhabitable by 2100.

According to the report, Lagos’ coastline is rapidly eroding, making the city vulnerable to flooding, and since scientists predict that global sea levels will rise more than 6 feet (2 meters) by the end of the century, Lagos, which is less than two meters above sea level, will be severely harmed by even a 3 to 9 foot rise in sea level (about 1 to 3 meters)

According to the study, such a circumstance “would have a disastrous effect on human activities” in Lagos, which was released on Sunday night, August 1.