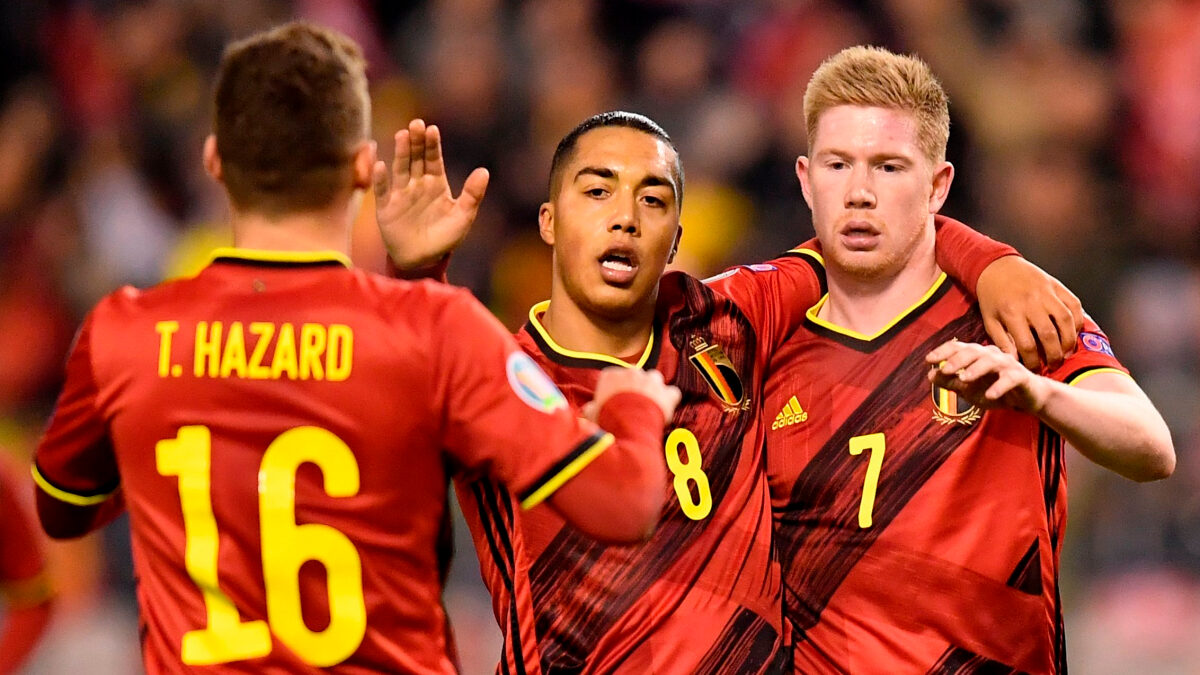 Despite losing Kevin De Bruyne and Eden Hazard to injury in the last-16 match in Seville, Belgium halted Portugal’s European Championship defense with a 1-0 victory.

With both teams facing a difficult road to Euro 2020 success, Thorgan Hazard’s long-range strike helped Belgium through to a quarter-final tie against in-form Italy.

Although De Bruyne’s replacement early in the second half, as well as Eden Hazard’s exit late in the game, will bother Roberto Martinez, it was a goal that deserved to conclude a game with few opportunities.

Although De Bruyne’s replacement early in the second half, as well as Eden Hazard’s exit late in the game, will bother Roberto Martinez, it was a goal that deserved to conclude a game with few opportunities.

Portugal was unable to capitalize, and as a result finished third in Group F, relegating them to this side of the draw.

Prior to Belgium’s stunning 42nd-minute opening, chances were few and far between, despite a tight finish.

Thorgan Hazard smashed past Rui Patricio from 25 yards, the ball drifting away from a leaping goalkeeper. Diogo Jota pulled wide for Portugal, and Thibaut Courtois parried a Cristiano Ronaldo free-kick – his first shot at a record-breaking 110th international goal.

After Joao Palhinha’s attack on De Bruyne in the 45th minute, the Belgian midfielder was replaced immediately after the restart, but Portugal did not reply until Bruno Fernandes and tournament debutant Joao Felix were introduced.

Ronaldo set up Jota for a shot, and Joao Felix rose to meet Renato Sanches’ cross, only to collide with Courtois.

An acrimonious match seemed to go on without Portugal threatening an equaliser, but Ruben Dias headed straight at Courtois and Raphael Guerreiro struck the post, tantalizingly close to forcing extra time.