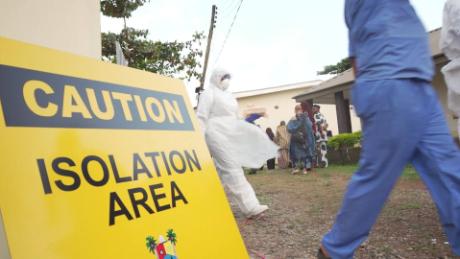 Nigeria only had two coronavirus infections on Sunday, exactly one week after it had not had a single infection in a single day since February 2020.

The Nigerian Centre for Disease Control (NCDC) said Monday morning on its official Facebook page that two additional cases had been detected in Abuja, the country’s capital.

The fresh infection tally, which was a dramatic decrease from the 35 cases reported the day before, brought the overall number of infections in the country to 167,467.

On Sunday, no new cases of the illness were reported, bringing the total number of deaths to 2,119.

Nigeria has examined 2,266,591 samples from its population of over 200 million people.

Since March, the number of infections and deaths in Nigeria has dropped dramatically, adding to signals that Africa’s most populous country is on the mend.

However, this is not the situation in many other African nations, which are presently facing a third wave of the epidemic as diseases resurface.

In a statement released on Thursday, the World Health Organization (WHO) stated infections are growing at a “rapid pace” in 12 African nations, with eight reporting a 30% increase in new cases.

The increase was linked to a number of causes, including a lack of compliance with public health measures, as well as greater social engagement and mobility.

“With fast escalating case counts and reports of serious disease, this current outbreak promises to be Africa’s deadliest yet,” said Matshidiso Moeti, WHO Regional Director for Africa.

“Africa can still reduce the impact of these fast-rising infections,” Mr Moeti continued, “but the window of chance is closing.” Everyone can help by taking steps to avoid the spread of the disease.”

As a result, Nigerian health experts have warned against letting their guard down when it comes to safety, saying that inadequate testing in many states may be hiding the disease’s severity.

COVID-19 is on the rise since many African nations suffer severe vaccine shortages, resulting in a sluggish immunization campaign.

According to WHO, at least 18 African nations have utilized more than 80% of their COVAX vaccination supply, with eight having run out.

About 29 nations have distributed more than half of their supplies, according to the global health organization. Despite this improvement, only around 1% of Africa’s population has received a complete vaccination.

Around 2.7 billion doses have been provided globally, with slightly over 1.5 percent administered on the continent.

The figures might reflect 109 million people out of the country’s total population of 200 million.

Meanwhile, as of June 28, only around 3.2 million Nigerians had gotten their first doses of COVID-19.